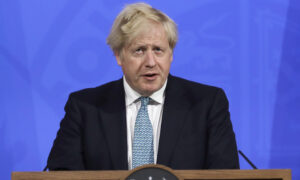 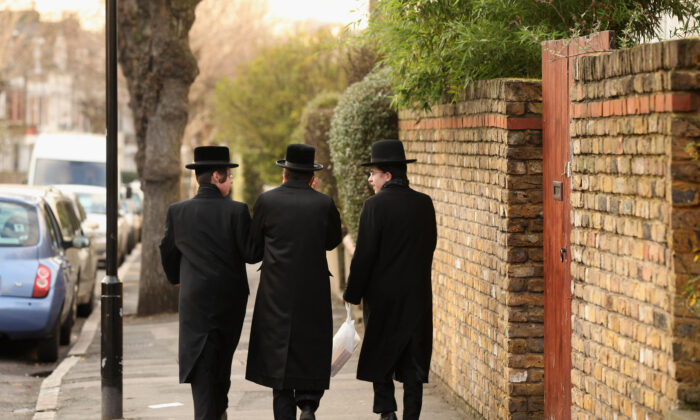 Jewish men walk along the street in the Stamford Hill area of north London on Jan. 19, 2011. (Oli Scarff/Getty Images)
UK

Man Charged Over Attacks on Jewish People in North London

A man has been charged in connection with a number of unprovoked attacks on Jewish people in north London, the Metropolitan Police said.

Abdullah Qureshi, 28, will appear at Thames Magistrates’ Court on Saturday.

Police said five incidents took place on Aug. 18, with the first occurring on Cazenove Road, Stamford Hill, where a 30-year-old man was hit on the head with a bottle at 6.41 p.m. He suffered no injuries.

The next happened at 7.10 p.m. on Holmdale Terrace, where a 14-year-old boy was assaulted without warning, sustaining no lasting injuries, Scotland Yard said.

At around 8.30 p.m. on the same evening, on Stamford Hill at the junction with Colberg Road, a 64-year-old man was hit in the face.

The man suffered facial injuries and broke his foot falling to the ground. He was taken to hospital and later discharged.