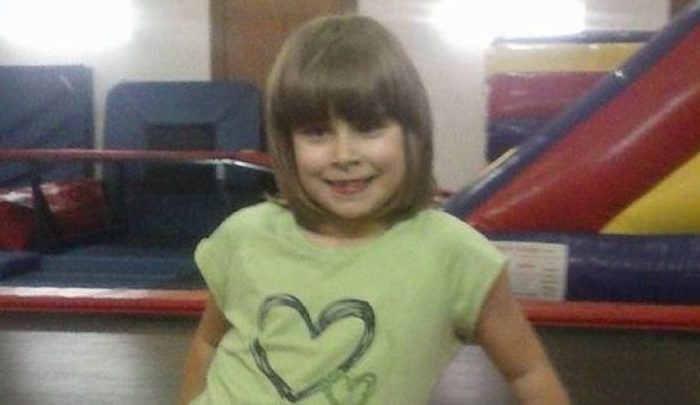 She called grandmother about a late bus before death, report says
By The Associated Press

First-degree murder and predatory criminal sexual assault charges have been filed against a southern Illinois man accused in the death of an 8-year-old Olney girl.

Ramey was arrested Sunday in connection with the death of Sabrina Stauffenberg. The child’s body was found Wednesday behind a vinegar plant on the south side of Olney, a town in southeastern Illinois of about 9,000 people.

According to prosecutors, Ramey suffocated Sabrina on or around Nov. 23. They also accused the man of assaulting the girl, causing “great bodily harm to the girl that was life threatening.”

It wasn’t immediately known if Ramey has legal representation.

The Belleview News-Democrat reported Sunday that Sabrina was lured from her home.

A relative said that Sabrina had called her grandmother to say her bus was late. The grandmother then called the church before calling Sabrina back, but she got no answer.

Searchers found her body by locating her cellular phone.