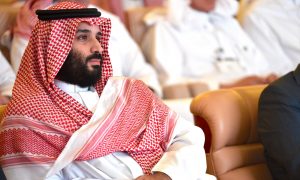 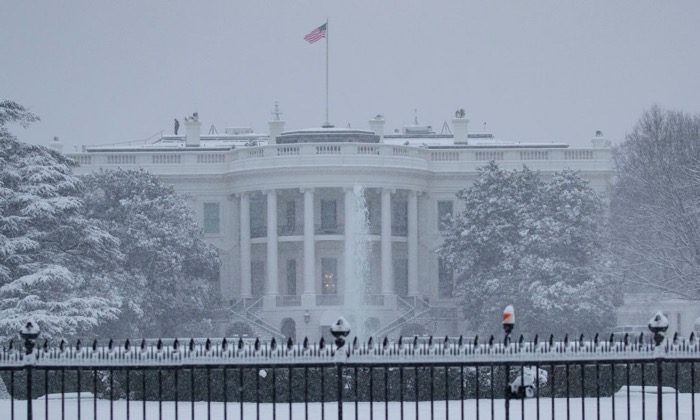 The White House is seen as snow continues to fall in Washington, D.C. on Jan. 13, 2019. (Alex Edelman/AFP/Getty Images)
US News

A 21-year-old man has been charged on Jan. 16 for allegedly planning to attack the White House and other federal buildings in Washington D.C. after federal agencies found he had a hand-drawn map of the first floor of the West Wing in December 2018.

Pak said that there are no threats to any places in the Northern District of Georgia, or to the upcoming Super Bowl in Atlanta.

According to the news outlet, Special Agent in Charge of FBI Atlanta, Chris Hacker, said authorities believe that Taheb was acting alone but that the investigation is still ongoing.

A criminal complaint sighted by CBS46 showed that an anonymous tip reported to local law enforcement in March 2018 said Taheb had “become radicalized, changed his name, and made plans to travel abroad.”

Taheb had listed a car for sale in August 2018. An FBI informant showed interest in the car and met with him days later. Taheb said he sold the vehicle to fund a trip overseas “to hijra,” a term said to refer to ISIS territory, according to the Springfield News-Sun, but didn’t have a passport. He also allegedly told the informant he wanted to attack the White House and Statue of Liberty in jihadist attacks.

On Dec. 7, 2018, an FBI agent who went undercover saw a hand-drawn map of the ground floor of the White House’s West Wing in Taheb’s possession after meeting with him.

Taheb was arrested on Jan. 16, 2019 in Buford where FBI agents said he had arranged to trade vehicles for three semi-automatic assault rifles, three explosive devices with remote control, and one AT-4, according to CBS6.

A statement released by the FBI, sighted by the news station, reads as follows:

“It is important to point out that this investigation and arrest were the direct result of a tip from the community, another example of how important it is to contact law enforcement if you see or hear something suspicious,” said Chris Hacker, Special Agent in Charge of FBI Atlanta.

“Taheb is charged as the result of a year-long investigation by FBI Atlanta’s Joint Terrorism Task Force. We want to thank the Forsyth County Sheriff Office and Gwinnett County Police Department for assisting us with his arrest. The investigation is continuing, but at this stage it is believed Taheb was acting on his own.”

This article may be subject to further updates.