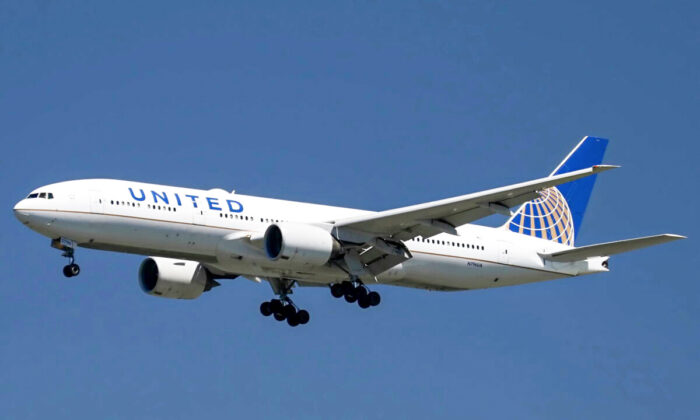 A number of major U.S. airlines said on Wednesday that the 5G wireless technology rollout was causing only minor disruptions to air travel a day after dozens of carriers scrambled to reschedule or cancel flights to the country over safety concerns.

On Wednesday, Verizon and AT&T rolled out their 5G service across the United States but agreed to temporarily delay its deployment near certain airports amid concerns from airline industry experts that the technology could affect flights.

President Biden commended the decision, saying, “This agreement will avoid potentially devastating disruptions to passenger travel, cargo operations, and our economic recovery, while allowing more than 90 percent of wireless tower deployment to occur as scheduled.”

On Wednesday, Southwest Airlines also welcomed the decision from the cellular telephone companies, saying in a statement that, “due to this change in course by the telecommunications industry, the FAA and Boeing must issue new guidance allowing operations within some of the previously restricted 5G airport environments.”

The company said it was “working diligently to implement the revised 5G guidance for airports and aircraft as it’s issued.” In the meantime, it is operating flights scheduled for Wednesday and possibly Thursday “in accordance with the previously established restrictions.”

“The good news is that, due to favorable weather conditions, we anticipate very minimal impact on our operation,” the airline said.

American Airlines also said it had seen a “minor operational impact” including some delays and four cancellations as a result of the new 5G service and some additional impact to its regional fleets.

The Fort Worth, Texas headquartered company said it expected the FAA to issue additional approvals “for our Airbus and regional fleets” soon.

In a statement, United Airlines said it anticipated “minor disruptions at some airports due to the remaining 5G restrictions” but was “pleased the Biden Administration reached a compromise with AT&T and Verizon to avoid mass cancellations across the aviation industry.”

“We look forward to a higher level of coordination between the regulators, telecom companies, and the aviation industry to ensure that customers are not faced with disruptions going forward,” the airline said.

Airlines for America CEO Nicholas Calio said the agreement reached with AT&T and Verizon to temporarily limit their 5G service rollout near key airports had meant a very “catastrophic disruption to the traveling and shipping public, the global supply chain, and the U.S. economy,” had been avoided.

It comes after the U.S. Federal Aviation Administration (FAA) issued new approvals on Wednesday that will allow an estimated 62 percent of the U.S. commercial fleet to perform low-visibility landings at airports where wireless companies deployed 5G C-band, including a number of Boeing  777 aircraft, which are commonly used for international flights.

However, the FAA noted that even with these approvals, flights at some airports may still be affected, although it did not state which airports.

“The FAA also continues to work with manufacturers to understand how radar altimeter data is used in other flight control systems,” the agency said, adding that passengers should continue to check airline flight schedules for potential delays or cancelations.

On Wednesday, multiple airlines, including Air India, Dubai-based Emirates, Delta, and others had rescheduled or canceled flights to the country ahead of the planned 5G wireless rollout due to concerns that the technology could interfere with airplane systems.

According to tracking data from FlightAware, there were 363 cancellations within, into, or out of the United States on Wednesday.