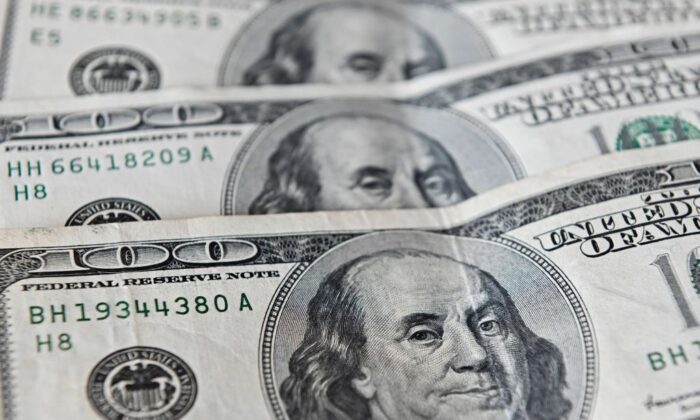 Florida-based hedge fund Elliott Management recently warned clients in a letter obtained by media outlets that the world is “on the path to hyperinflation” and a financial crisis so severe that it could even lead to societal collapse.

The letter, as reported by the Financial Times and Business Insider, urged clients to remain vigilant as the global economy and financial markets face “extremely challenging” circumstances in which investors will find it hard to turn a profit.

Elliott, which is one of the world’s biggest hedge funds, with some $56 billion in assets under management, warned of “frightening and seriously negative possibilities” on the horizon while putting much of the blame for the looming crisis on ultra-loose central bank policies.

The letter said that central bankers had been “dishonest” about the causes of high inflation now gripping many countries when policymakers blamed price spikes on supply-chain dislocations rather than the pandemic-era flood of easy money.

Reinforcing the view that the current bout of inflation wasn’t a supply-side phenomenon, a team of economists found in a recent study that around 60 percent of inflation in the United States was caused by a stimulus-fueled surge in demand, though supply-chain bottlenecks made it worse.

While noting that it’s not a foregone conclusion, the hedge fund warned that the world is on the road to hyperinflation, which could result in “global societal collapse or international strife.”

Elliott also warned of more big drops in major stock markets and the possibility of a “seriously adverse unwind of the everything bubble.”

The Epoch Times has reached out to Elliott Management with a request for confirmation of the contents of the letter and comment on its projections, but did not receive a response from the hedge fund.

With its dire prediction, Elliott joins other prominent voices who have warned that the global economy is headed for a worse outcome than the Wall Street consensus view for a period of sluggish growth followed by a relatively short and shallow recession.

Economist Nouriel Roubini, who’s been dubbed “Dr. Doom” for his gloomy-yet-accurate prediction of the 2008 market meltdown, told Bloomberg in a recent interview that the United States is back in Great Financial Crisis territory—but now there are even more problems and cause for concern.

“In addition to the economic, monetary, and financial risks—and there are new ones—now we’re going toward stagflation like we’ve never seen since the 1970s,” Roubini said during an appearance on the “Bloomberg Surveillance” program on Oct. 25, where he warned of a looming debt crisis as borrowing costs surge as central banks hike rates feverishly in a desperate bid to tame runaway inflation.

Roubini said private and public debt levels globally have exploded from 200 percent of gross domestic product (GDP) in 2000 to around 350 percent of GDP today, with the economist blaming ultra-loose central bank policies that made borrowing cheap and encouraged households, businesses, and countries to take on ever bigger debt loads, even though many were barely solvent.

“That’s why we’re not only going to have inflation and stagflation but we’ll have a stagflationary debt crisis,” Roubini predicted.

‘Something Worse’ Than a Hard Recession

JPMorgan CEO Jamie Dimon recently predicted the likelihood of a downturn in the U.S economy and warned that “something worse” than a hard recession could be on the horizon.

“Right now, it’s kind of sunny, things are doing fine. Everyone thinks the Federal Reserve can handle this. That hurricane is right out there, down the road, coming our way. We just don’t know if it’s a minor one or Superstorm Sandy,” he said at a banking conference in midsummer.

Dimon broke down the odds for several possible outcomes for the economy.

Roubini said in his interview on Bloomberg that he continues to believe that it’s “delusional” for analysts to expect a short and shallow recession and that he’s convinced it will be long and severe.

An even worse possibility is if a number of “mega trends” materialize and feed off each other—including geopolitical risks and the rise of job-killing AI and automation—leading to a “dystopian future,” Roubini warned.

“It’s not just the end of the world economy … it could be even global war.”

Tuomas Malinen, CEO and chief economist at GnS Economics, a Helsinki-based macroeconomic consultancy, wrote in a recent op-ed in The Epoch Times that central banks have helped create a “self-sustaining process of inflation” that could continue to spiral into hyperinflation.