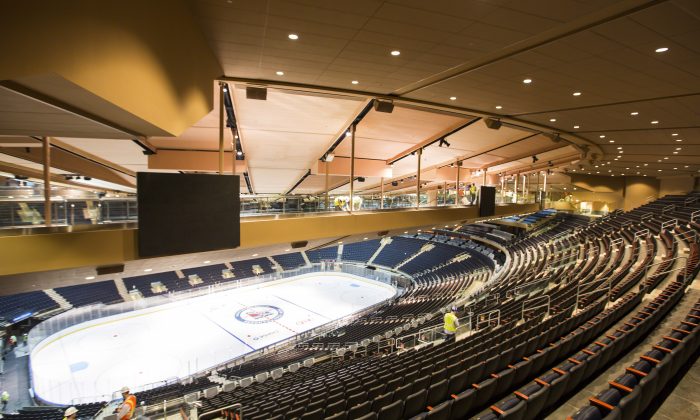 The two platforms, fixed to the ceiling by steel tube hangers, are 233 feet long and together offer seating for 430. According to the MSG press release, the structures, with a combined weight of 662 tons, are a tribute to New York’s suspension bridges.

Based on the photos, the seating is situated on the north and south sides of the hall above the balconies and is protected by glass panels.

Home of the New York Knicks and New York Rangers, Madison Square Garden will open on Oct. 25, after the last phase of its $1 billion renovation project is completed.

The seats on the Bridges will be available for both Knicks and Rangers games and, depending on the setup, for concerts and other events.