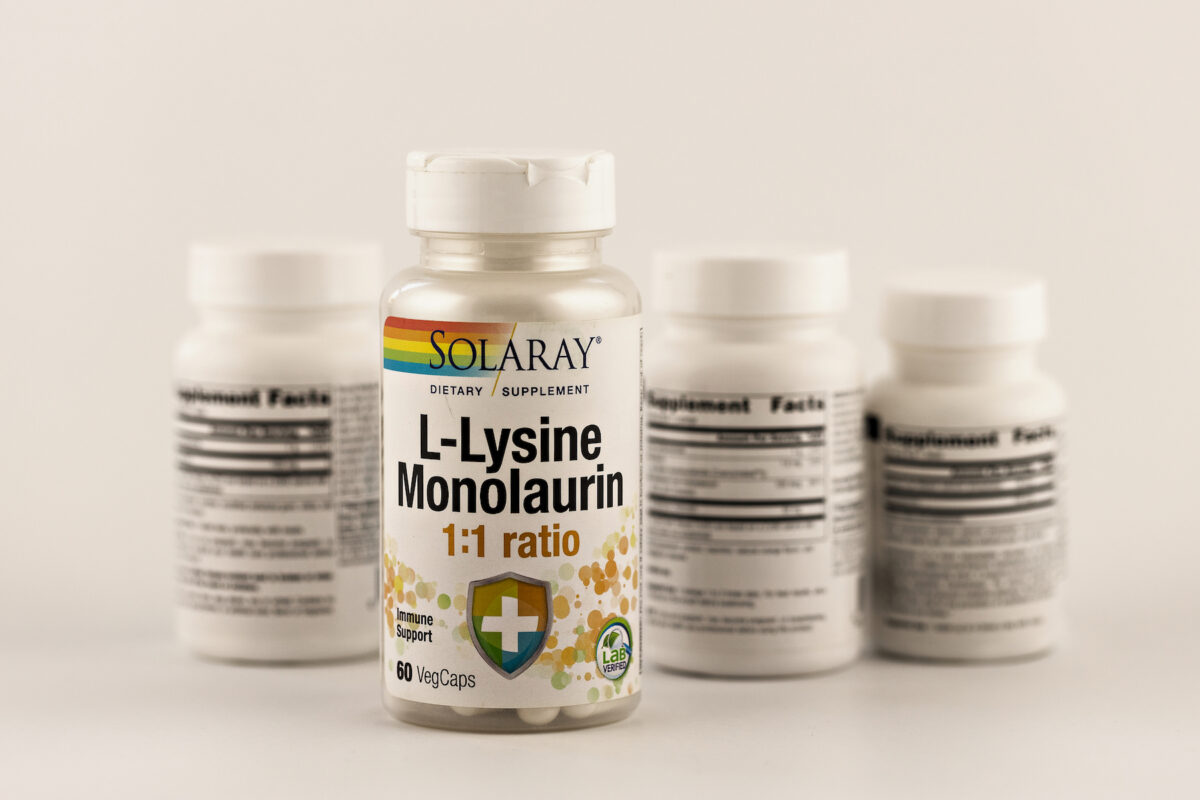 By photo_gonzo/Shutterstock
Food as Medicine

In the past months it’s become obvious that COVID-19 can no longer be called a major public health threat. The virus is now endemic, in much the way that the seasonal flu or common cold is.

Just as influenza mutates and creates new variants, SARS-CoV-2 will continue to mutate in the environment. Thankfully, as viruses mutate within a population, they also tend to become more benign.

As I have written in the past months, there are several strategies you can use to reduce your risk of getting infected or to be treated if you are infected.

These strategies include optimal levels of vitamin D, quercetin and zinc, and use of hydroxychloroquine and ivermectin.

Let’s consider how one amino acid may help stop the replication of the virus and add to the growing number of strategies you can use to prevent or treat COVID-19.

A small study was undertaken by Bio-Virus Research Inc. and preprint published in September 2020. The company works on both vaccines and therapeutic approaches to illness. In this paper they report on results they had using L-lysine against COVID-19.

The treatment was built on a report published in 2016 in which researchers used L-lysine against MERS-CoV in vitro. Since L-lysine works universally on all herpes variants, the researchers believed it would be reasonable to expect that it would have the same effect on this viral family.

The effectiveness of Lysine was evaluated in approximately 140 patients, eight of whom were living in the U.S. The majority of the patients were in the Dominican Republic and ranged in age from 16 to 77. According to the researchers, approximately 80% of participants with acute symptoms showed a minimum of 70% reduction in the first 48 hours.

Patients who had been in the hospital were discharged on an average of three days after treatment started. The writers stressed that lysine is a treatment for the condition and not a cure. Instead, it is dependent on the individual’s immune response. In their observation of the participants there was an “incredibly short time to eliminate/reduce fever presumably due to extinguishing the associated cytokine storm.”

The researchers administered the lysine in staggered increments, beginning one hour before breakfast and again at 3 p.m. on Day 1. The second dose could be moved up on Day 2, which allowed for a third dose at 9 p.m. if needed.

The researchers recommend that lysine should be taken a minimum of one hour before a meal with 2 cups of water. The reasoning for 2 cups of water was to aid in absorption, anticoagulation and to dampen the appetite of the participant and thus help reduce the intake of arginine.

While the lysine and arginine amount in brewed coffee is nearly identical, the researchers completely restricted coffee and other caffeinated drinks as they triggered a return of symptoms.

The researchers reference one study that showed lysine suppresses RNA and DNA viruses, potentially by interfering with the incorporation of arginine into the virus. Lysine also inhibits the absorption of arginine. The researchers propose there is also a more complex pathway that lysine uses with respect to inhibiting SARS-CoV-2.

“… lysine supplementation and the reduction of arginine-rich food intake can be considered as prophylactic and therapeutic regimens against these viruses while also providing a paradigm for the development of broad-spectrum antivirals.”

Amazingly, several of the inpatients in the study using lysine were PCR negative for SARS-CoV-2 by Day 3. The researchers also found that the five patients who were not eating due to a lack of appetite had a significant reduction in the time it took to reduce their symptoms. The assumption the researchers made was that the participants were not consuming arginine, which sped the response time.

This small group of people demonstrated a significant reduction in fever and nonfebrile symptoms from four to 18 hours. While symptoms appeared to rapidly decline, D-dimer levels were high in some participants. In the participants, only a small percentage continue to have fever after 24 hours. The researchers found it was the combination of lysine supplementation and arginine restriction that offered the best results.

The researchers also wrote of evidence demonstrating lysine decreases production of nitric oxide, which limits the pathogenesis of inflammation and reduces proinflammatory cytokines. This suggests that independent of its role in suppressing arginine, lysine may also suppress viral replication.

The researchers wrote that in 1974, a researcher from the Bio-Virus Research team proposed in an article published in the Lancet that lysine could be effective against the herpes virus. Four years later a clinical follow-up study confirmed the effectiveness and another study in 1981 demonstrated that lysine inhibited arginine in vitro.

A literature search published in 2017 concluded that without a low-arginine diet, supplementation with lysine at 1 gram per day was not effective. Studies using 3 grams per day appeared to reduce the number of herpes outbreaks.

The effectiveness of lysine with herpes virus is related to the herpes virus dependency on arginine to replicate. Direct application of lysine to cold sores can also reduce the length of the outbreak.

Balance Your Lysine and Arginine Intake

Benefits of lysine are not limited to your immune system. For example, studies have demonstrated that lysine can reduce anxiety levels and reduces vascular calcification. Animal research shows that lysine is necessary for wound repair and helps the formation of collagen.

One of the best ways to balance your lysine and arginine levels is through diet modification. However, during a viral illness lysine supplementation at levels lower than 3 grams per day may help shorten the length of your illness. If you choose to use a lysine supplement, the researchers from the featured lysine study had several cautionary notes:

The Journal of Infectious Diseases 2014