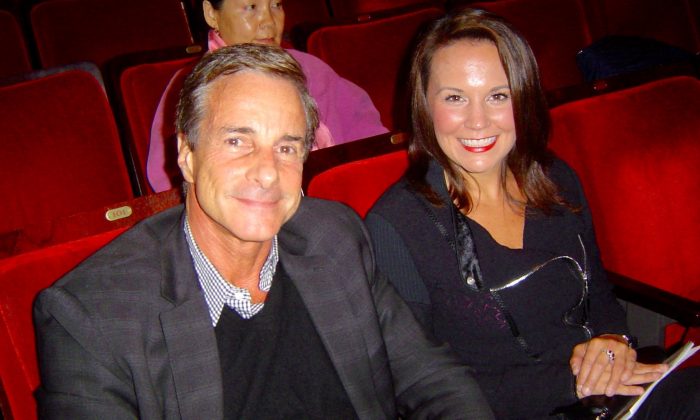 NEW YORK—John D’Amore, owner of D’Amore Jewelers, was enchanted by the sounds of a symphony orchestra that combined Eastern and Western instruments.

Mr. D’Amore is the president of D’Amore Jewelers, which sells jewelry from designers such as BVLGARI, Carolina Bucci, and Ivanka Trump.  He attended the Shen Yun Symphony Orchestra performance on the evening of Oct. 10 at Carnegie Hall.

“We enjoy going to the New York Philharmonic. [But] this had a nice little twist to it,” Mr. D’Amore said. “I think it’s refreshing. It’s more exciting.”

Shen Yun Symphony Orchestra features a unique and harmonious blend of Eastern and Western instruments. It performed original compositions with distinctly Eastern melodies that were supported by the grandeur of a Western symphonic orchestra.

“The music is excellent,” Mr. D’Amore said. “I think the show is fantastic.”

Mr. D’Amore also mentioned that he was impressed by the fact that the performance included opera singers.

“I liked the male singer,” he said. “He was excellent.”

The male singer he referred to was Tian Ge, a tenor who was the Gold Prize winner of the All-China Music Competition. At the Shen Yun Symphony Orchestra concert, Mr. Ge sang Chinese lyrics in the bel canto style.

It was a natural combination, since ancient Chinese theater and European opera share similar vocal techniques.

Unfortunately, bel canto’s original high-note technique has been lost in both Europe and China. Shen Yun’s opera singers are the only ones who are currently reviving this lost tradition.

“It just gives a real impactful experience,” said Kelly Gazo, a business owner who attended the performance with Mr. D’Amore.