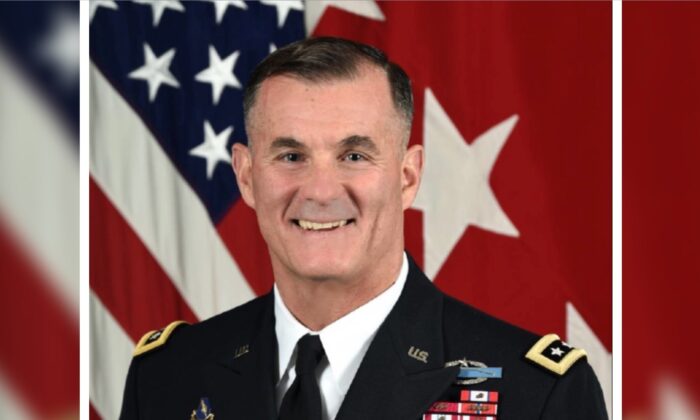 The chief of staff of the Army made the announcement as part of a range of general officer assignments, according to a Jan. 25 statement from the Department of Defense.

Flynn, who was previously approved for promotion to four-star general, has been serving as deputy chief of staff, G-3/5/7, U.S. Army. Under the new assignment, Flynn will be posted at the headquarters of the U.S. Army Pacific at Fort Shafter, Hawaii, where he will serve as commanding general.

The U.S. Army Pacific is the Army component unit of the U.S. Indo–Pacific Command and provides oversight and control of Army operations in its area of responsibility, with the exception of the Korean Peninsula.

In recent years, Flynn commanded the 25th Infantry Division in Hawaii, after which he became deputy command general of the U.S. Army Pacific Command, according to his biography.

Flynn is a graduate of the U.S. Naval War College, where he earned master’s degrees in national security and strategic studies. He also obtained a master’s degree in joint campaign planning at the National Defense University.

His awards and decorations include the Distinguished Service Medal, Legion of Merit, Bronze Star, and the Defense Meritorious Service Medal.

Flynn, along with other Pentagon staff, faced scrutiny in recent days over the deployment of National Guard troops to the U.S. Capitol as a mob breached the building on Jan. 6. Washington city officials and the Capitol Police have claimed that the Pentagon was slow in responding to a request for help from the National Guard in quelling the violence. Flynn told The Washington Post he was in the room for several minutes during a call when local officials made the request for National Guard support.

Then-Capitol Police Chief Steven Sund, who has since resigned, told The Washington Post in a Jan. 10 interview that a top Army official on the call, later identified as Lt. Gen. Walter E. Piatt, the director of Army staff, said, “I don’t like the visual of the National Guard standing a police line with the Capitol in the background.”

Piatt, in a follow-up statement to The Washington Post, denied making that statement during the call, while other Pentagon officials also denied that Piatt had expressed reservations about deploying the National Guard, members of which arrived several hours after the call to help secure the Capitol.

Flynn told The Washington Post he left the room before the meeting was over, expecting that then-Army Secretary Ryan McCarthy would soon order the National Guard to be deployed.

“I entered the room after the call began and departed prior to the call ending as I believed a decision was imminent from the Secretary and I needed to be in my office to assist in executing the decision,” Flynn told the outlet.