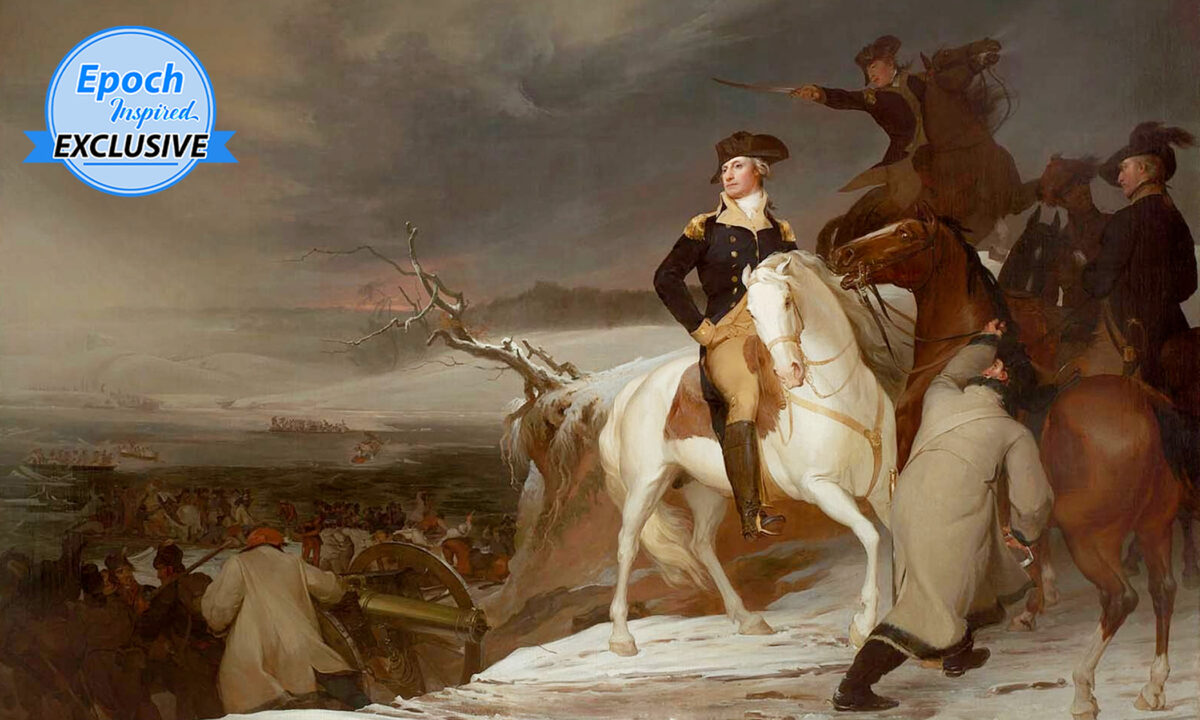 Loyalty: The Divine Virtue That Serves People and Safeguards Nations

An enduring value commanding the rise and fall of empires
BY Epoch Inspired Staff TIMEMarch 24, 2022 PRINT

Being loyal to humanity is a value worth considering, especially in times like these where our God-given gift of freedom is facing the risk of being whittled down at the hands of the anti-divine.

Some people find divine merit in being loyal to the ideals of truth and justice for the safety of those they serve. In contrast, there are those who outwardly claim a similar stance, but in essence, their loyalty to humanity is feigned and they are in fact only serving themselves, parasitically benefitting at others’ great expense.

Today, the loyalties of the common man and those of the ruling elite appear to be quite divided, as the former seeks freedom and the latter more control. Both sides are engaged in an apparent tug-of-war, with no conclusion in sight. Whereas over the ages, the enduring virtue of loyalty, with its divine ideals of truth, justice, freedom, respect, and faith, has triumphed in safeguarding humanity, bringing people less suffering and more peace in their lives.

Is it, perhaps, that today we have gone wrong somewhere?

History has shown that humanity flourishes and peace reigns when the virtue of loyalty is faithfully embodied among people.

Our community is safeguarded, strong and shielded, when in our friendships we keep our word, without deceit. In marriages, relationships can be healthy and prosperous, without rifts and divorce, when we consider each other first and remain loyal despite the ups and downs of life. And among nations—where rulers are entrusted with safeguarding lives and freedom—loyalty is tied to an even bigger picture of world peace.

Wise and virtuous leaders exhibit true loyalty by guiding their followers to aspire to goodness, in turn, harmonizing and stabilizing the communities they serve. However, not all humans are equal, and loyalties do change.

Different people portray loyalty at different levels of conscience depending on their own values and ethics, which not only shape their life’s agenda, but also impact those around them. When hearts become immoral, true loyalty metamorphoses into trickery.

Loyalty bonds people together through various means and ways. It starts with those humble steps that make one a good person—such as being kind, considerate, genuine, honest, and forgiving.

One of the core traits of a loyal person is the habit of consistency—the manna that nourishes the devout will of upright men. Consistency is never wavering in a loyal heart. The noblest leaders in history were those who were steadfast. In their spirit, they were selfless, willing to sacrifice their own interests to serve their people.

In Asian war history, the most notable role model of loyalty is General Yue Fei (1103–1141), the military genius and China’s national hero from the Song dynasty. Yue Fei fulfilled his promise to serve his country with utmost loyalty, keeping his people safe and well. He truly lived up to the four-letter tattoo his mother gave him: “Serve the country loyally” (“jing zhong bao guo” in Chinese).

The great general was known for how he cared for his army: in illness, he would console; in family hardships, he would compensate; in a general’s death, he would also compensate the family greatly. The rewards and punishments under his leadership were noble as they were fair.

With his incorruptible spirit, Yue Fei naturally won the hearts of everyone, winning battles and wars and becoming one of the greatest heroic examples of loyalty. Yue Fei’s service as a successful military leader not only validates the divine virtue of loyalty, but also demonstrates one of the highest forms of filial piety that only someone of excellent character could accomplish.

Similarly, in the far West, the Founding Fathers of the United States and some of the presidents that followed left remarkable contributions to the advancement of the country they served, leaving the people better off than they had been.

George Washington (1732–1799), the first American president, came together with others and, representing the many who wanted to be free, they became the fuel for independence for all in the United States. Over time, the United States became a consistent place of hope to those seeking freedom and independence—a place where immigrants were given a chance to achieve things they couldn’t in their origin country. Many leaders, like Washington, fought for freedom and peace.

Another notable American leader was John F. Kennedy (1961–1963), who was staunchly against communism.

On Aug. 12, 1952, in his speech to congress, Kennedy talked about the urgency of containing the spread of communism, referring to the threat of the communist expansion as “an enemy, power[full], unrelenting and implacable, who seeks to dominate the world by subversion and conspiracy and when all else fails to military force,” according to the Gilder Lehrman Institute of American History.

A depraved character’s hollow promises, which often appear to be made in good faith but are not, are destined to be unfulfilled due to his self-serving loyalty.

A classic example is how loyalty goes wrong for the people who serve communist and socialist regimes. A two-faced disloyal leader of such a government deceptively convinces you that they have your back if you devote your life to serving them in the way they command. But as history has shown, wherever communist regimes ruled, it didn’t end well for those who served those regimes.

According to The Epoch Times exclusive series “How the Specter of Communism Is Ruling Our World,” communist leaders usually promote materialism and paint a story of “paradise on earth,” a supposed collective society without any classes, nations, or government. “Like a malignant tumor, communism metastasizes, eliminating other beliefs—including the belief in the divine—as it spreads. In turn, it destroys national sovereignty and identity, and humanity’s moral and cultural traditions, thus leading man to destruction,” the book explains.

Being “loyal to the party” may seem like a good idea to someone who thinks they can get ahead in life with personal gains, such as with power and money. The communists promise their people better living standards but show no remorse in turning their backs, and then censoring the supposed revolutionaries, as soon as they fear any spark of revolt—real or imaginary. Having allowed the anti-divine ideology to hijack their “sense of justice and morality,” such people become the communist specter’s “most loyal apologists,” according to the series.

We are living in unprecedented times. Those with truly loyal hearts are seeing through the illusion and are returning to the tradition of cherishing universal values, giving hope for the future.

Perhaps those who find themselves at their dead end of supporting corrupt ways still have an opportunity to turn around  and begin supporting humanity’s freedom and human rights. If not, they might, for having betrayed the trust of those whom they serve, face the same judgment as those we read about in our history books who were responsible for the fall of empires.