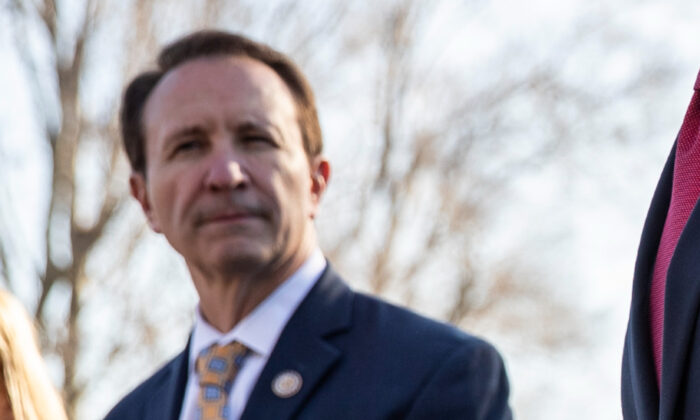 The Supreme Court of Louisiana rejected an emergency application from abortion providers on Aug. 12, a move that allows the state’s abortion ban to continue.

States have been dealing with a blizzard of legal challenges brought by abortion activists and providers since the U.S. Supreme Court’s ruling on June 24 that struck down the nearly five-decade Roe v. Wade precedent and returned the regulation of abortion to the states.

Since 2006, Louisiana has had a so-called trigger law on the books that was to take effect in the event that Roe was overturned. The law, one of many abortion restrictions enacted in the state in recent years, prohibits abortions except when a pregnant woman’s life is in danger. Violations of the law count as felonies and can be punished by 10 years in prison and a $100,000 fine.

Louisiana’s abortion law has been ruled on repeatedly by the courts since the U.S. Supreme Court ruling. Along the way, various judges blocked the ban, allowing abortions to proceed. One state judge blocked the law on July 21, only to be overruled by a higher court a week later.

But Louisiana’s highest court brought some legal certainty on Aug. 12 when it refused (pdf) an application brought by Shreveport abortion provider June Medical Services, which does business as Hope Medical Group for Women, challenging the state’s law.

Those challenging the law acknowledge that the state can forbid abortions but say that the abortion statute is rife with overly vague and sometimes contradictory language.

Only four of the seven justices participated in the decision, which was delivered in the form of a three-word sentence: “Writ application denied.” The court didn’t provide reasons for its decision, and no dissents from the ruling were recorded.

“The Louisiana Supreme Court has denied June Medical’s writ,” he said in a statement after the court ruling. “Abortion remains illegal in Louisiana. I am pleased with the Court’s decision and will continue fighting to end this legal circus.”

An attorney for June Medical said the legal fight isn’t over.

“While it is disappointing that four of the seven justices, without any written explanation, issued a ruling that will effectively deny critical care to women throughout Louisiana, the litigation continues, and we are confident we can affect meaningful change,” lawyer Joanna Wright told the Associated Press.

On July 19, Landry called out the New Orleans City Council, as well as the city’s mayor, police chief, district attorney, and sheriff for defiantly vowing to not enforce the state’s abortion laws. Landry urged that state funding for projects in New Orleans be halted until the city agrees to enforce state laws.

“The officials in New Orleans took an oath of office to support and enforce the laws of our state, yet they appear to have decided that some laws are not worthy of enforcement,” Landry said at the time.

“Nothing in the statutes, the City Charter, or the State Constitution permits these officials to blatantly ignore State law, conspire not to enforce it, and violate their oaths of office in this manner. In fact, our State Constitution prohibits this very conduct.”