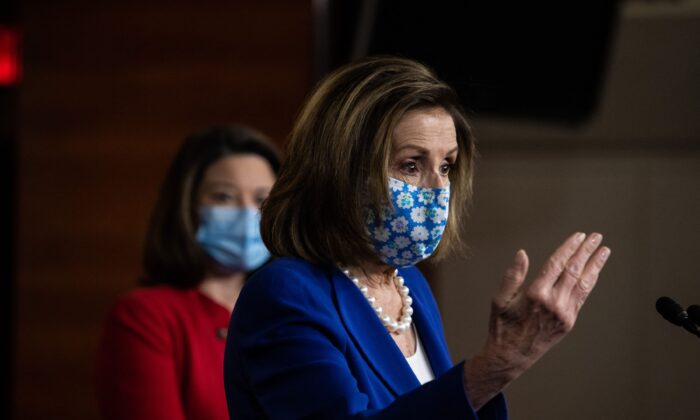 A Democratic candidate who lost her bid during last weekend’s Texas congressional special election sounded the alarm that the 2022 midterms “could be a major setback” for the Democratic Party.

During the special election, two Republicans—and no Democrats—advanced in the runoff as the top two vote-getters in the race for Texas’s 6th Congressional District, after no one in the 23-candidate field won an outright majority of votes on May 1.

Republicans Susan Wright, wife of the late Rep. Ron Wright, finished with 19 percent of the vote, while Jake Ellzey garnered 14 percent. Democrat Jana Lynne Sanchez finished third with 13 percent and conceded on May 2.

“On Saturday, Republican candidates got 62 percent of the vote to 38 percent for Democrats (R+25). All the things I thought would motivate Democrats, such as the attempted violent overthrow of a legitimate election result, along with Snowmaggedeon … failed to get our voters out,” Sanchez wrote on Monday after conceding defeat.

“I’m sounding the alarm bell: If Democrats don’t organize and prepare, 2022 could be a major setback to our gains of recent years,” she said.

Wright, notably, was endorsed by former President Donald Trump, who on Monday championed his endorsement.

“Please explain to the Democrats and RINOs that the reason Texas-06 completely shut out Democrats in Saturday’s Jungle Primary is because of my Endorsement of Susan Wright, who surged last week after receiving it,” the former president said in a statement on Monday. “RINO,” or “Republican in name only,” is a term used against Republicans who seemingly embrace progressive or Democratic politics.

The fact that no Democrats advanced can also be seen as a blow to House Speaker Nancy Pelosi’s (D-Calif.) quest to keep her majority after 2022. Generally, the party of the president loses seats during midterm elections, and in 2018, Democrats were able to reclaim the House majority after Trump’s 2016 victory.

The House, meanwhile, is currently split at 218 Democrats to 212 Republicans with five vacancies, which means that Pelosi can only lose two votes to pass legislation. If there is a tie in the House, the bill won’t pass.

During an interview last week, however, Pelosi struck an optimistic tone and asserted that Democrats would prevail during the midterms. The reason why, she said, is because of recent census results.

“I feel very confident that the Democrats will hold the majority after the next election,” she told CBS News in late April. “I think that we’re—for all the huffing and puffing the Republicans are doing, these numbers were not as good for them as they had hoped. They wanted three in Texas, two in Florida, and the rest.”