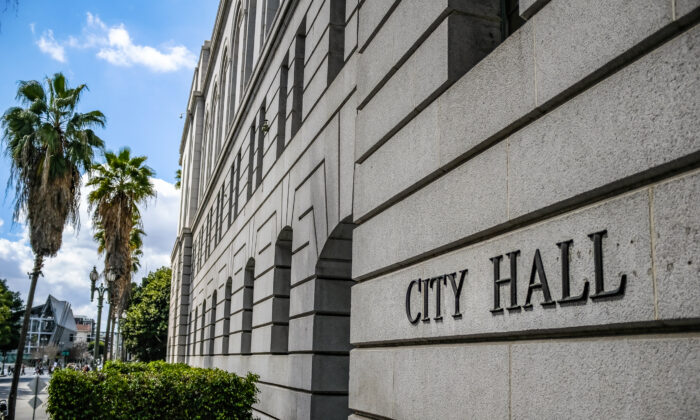 The Los Angeles City Council has introduced a package of new social justice rules that supporters say would make it easier for homeless and underprivileged residents to find housing.

“It is really easy to become homeless in Los Angeles, but it’s really hard to stay housed and to get housed in Los Angeles. We need to fix that,” Bonin said in a recent statement. “There are structural barriers and biases that make it nearly impossible for some people to find housing.”

The California Apartment Association has denounced the regulations.

“The people of Los Angeles should be outraged by these proposals, which do nothing to get homeless people off the streets or build more homes that Angelenos can afford,” Fred Sutton, the apartment association’s senior vice president of local public affairs in Los Angeles, said in a statement provided to The Epoch Times.

The new proposals would result in owners removing rentals from the market, worsening the region’s housing shortage, according to Sutton.

The ordinance would also allow tenants or their representatives to sue landlords over alleged violations.

A third part of the proposal is a “rental transparency and accountability” ordinance, which would require landlords to disclose their screening criteria. Landlords also would have to include the criteria in advertising for rental properties.

Sutton said the proposals would invite frivolous lawsuits and red tape while removing the ability of rental property owners to protect their investments and their residents.

The California Assembly also introduced similar new rules with Assembly Bill 2527, which would have banned the use of credit reports in tenant screening across California. However, the bill was allegedly shelved at the apartment association’s request.

“Homes must not be financial instruments to be traded for gain, but rather safe havens from the dehumanizing interests of capitalist exploitation,” according to an online statement posted by the Housing Movement Lab.

SAJE’s executive director and organizer of the housing lab didn’t respond to requests for comment by press time.

The proposed new regulations follow Bonin’s push to lay a foundation for a local version of the national Homes Guarantee program, which is linked to the Green New Deal for Public Housing Act introduced in Congress in 2019 by Sen. Bernie Sanders (I-Vt.) and Rep. Alexandra Ocasio-Cortez (D-N.Y.). The program calls for economic justice through improvements to public housing as a way to combat climate change.

Westside city councilor Bonin and Raman, a member of the Democratic Socialists of America representing the Silver Lake area, survived recall efforts last year after organizers could not collect enough valid signatures to place the recalls on the ballot.

Bonin has survived at least two recall efforts since being elected in 2013.

During Bonin’s latest recall effort, residents voiced frustration over homelessness in his district.

Representatives for Bonin and Raman didn’t respond to requests for comment by The Epoch Times.