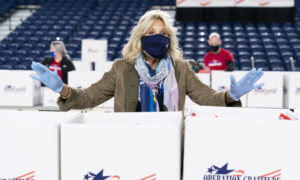 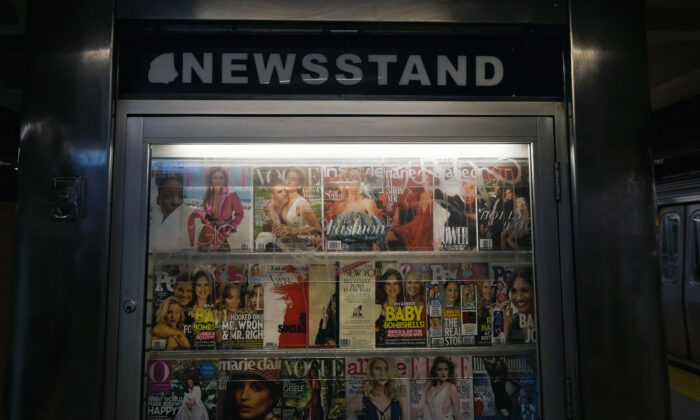 Look to the Media for Greatest Scandal of Our Lifetime

According to a headline in The American Conservative, it was “The Greatest Scandal of Our Lifetime.”

How could you not want to read on? What could it be, this epic scandal? Russian “collusion?” “Spygate?” The Mueller probe? Hunter Biden’s alleged influence-peddling? The stolen election? Chinese spies? Watergate?

Rather disappointingly, it was none of these. R.J. Quinn, the article’s author, had instead picked out as “the greatest scandal of our lifetime” the decision by governments across the world to shut down much of their economies as a prophylactic against the coronavirus. He believes—and I agree with him—that the shutdowns produced catastrophic effects for millions of people that made the cure worse than the disease whose spread it was meant to prevent.

But I’m sorry to say that that doesn’t make it a scandal, let alone the greatest scandal of our lifetime.

He and I may well believe that it ought to be a scandal. However, if you add in the 50,000 or so medical practitioners and scientists who have signed the Great Barrington Declaration—which is skeptical about the prevailing COVID-19 policies—and the nearly 700,000 “concerned citizens” who have also signed it, then you only get to something like 0.0001 percent of the world’s population that has, at one time or another, been subject to lockdown orders in the past year.

But a scandal that so few people know about as scandal can’t be a proper scandal—something the widespread knowledge of which is part of its definition.

The media understand this because they have perfected the art of scandal management with decades of practice.

Watergate showed them how the power of publicity joined to a well-chosen scandal narrative could enable them to break governments and politicians who refused to do their bidding or whom they decided to target for ideological reasons. And the scandal treatment could be applied to almost anyone—since there can be few who don’t have something to their discredit in their past.

Almost anyone, that is, except for the media themselves, who may also have much to be ashamed of but who have the power of silence as well as the power of publicity. Accordingly, they get to decide what is scandalous and what isn’t.

The power to cry scandal against others while being immune to it themselves depends on the media in all their branches—now including the big social media outlets such as Facebook and Twitter—marching in lockstep. This I take to be one of the reasons, if not the main reason, for journalists’ herd mentality, which so often seems indistinguishable from conspiracy.

Thus, when maverick media outlet The New York Post broke the news of Hunter Biden’s abandoned laptop that appeared to confirm the already widely rumored story of his corrupt dealings when his father was vice president, it had to be cut off and isolated from the media pack.

Everyone else went silent about the story or dismissed the report as “unconfirmed” or “Russian disinformation.”

That they were able to round up 50 former intelligence officials to back up the latter claim, which we now know to be unfounded, tells you a lot more about our intelligence services than it does about either Russia or Hunter Biden.

Now the same treatment is being given to the revelations by Axios about the Chinese communist spy who became an intimate of Rep. Eric Swalwell (D-Calif.), a member of the House Intelligence committee—a potentially huge scandal which hasn’t yet been so much as mentioned by The New York Times or any of the three major network newscasts.

In an interview with CNN, Swalwell claimed the story was disinformation fed to Axios by none other than President Donald Trump—a man whom he has in the past accused, without evidence, of “working on behalf of the Russians.”

The Russians now routinely take the blame for any would-be scandal that the media choose not to believe or promote.

As with the Hunter Biden story, which had to be suppressed until after the election, the would-be scandal of Swalwell only needs to be hushed up for a few weeks, by the end of which time it can be dismissed as “old news”—and therefore not scandalous.

A recent Rasmussen poll, for example, showed that 52 percent of voters (including 32 percent of Democrats) believe the media covered up the Hunter Biden story to help his father win the election. People who say so have no independent way of knowing this, but have grown so used to corruption in the media and bias in favor of Democrats that they take it for granted. It’s old news. That’s just the way things are. So, where’s the scandal?

The scandal in all these cases, as in so many others of the last few years, ought by all that’s right and decent to have been that the media suppressed them. In any world not so largely controlled by the monolithically progressive media as ours is, the scandal would be that there was no scandal.

But the media have also appointed themselves as the custodians of right and decency—as of course, they would have to be in order to retain the right to decide what is scandalous and what isn’t.

And that is what really ought to be the greatest scandal of our lifetime.