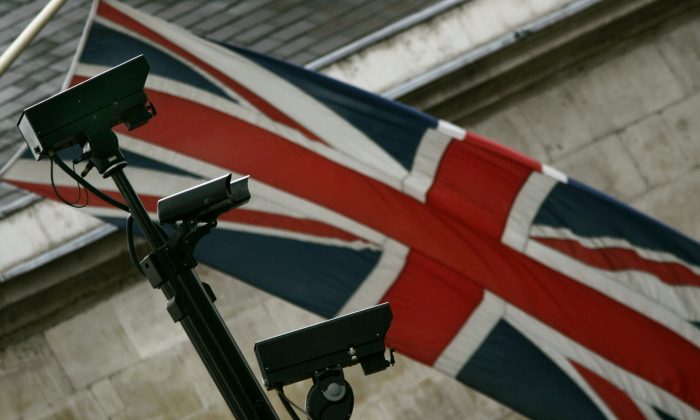 London Is Now the Most Surveilled City in the Western World

Of course, one cannot discuss surveillance without discussing Jeremy Bentham, the English philosopher and designer of the panoptic prison (later used by the French essayist and philosopher Michel Foucault). In short, Panopticism suggests that we, the people, can never really know whether we are being surveilled or not. When the watchers become invisible, locked away in their panoptic (as well as ivory) towers, we can’t see them. But they can see us.

With this constant surveillance, or the idea of being constantly surveilled, Bentham believed the minds of all citizens—regardless of their race, sex, and political affiliations—could be fundamentally altered. The philosopher argued that his type of discipline—or more specifically, self-discipline—would result in a scared, highly-suspicious society. He was right. More than 200 years later, he’s still right. In fact, he has never been more right.

However, as academics have pointed out, things have changed since the days of Bentham. We now live in a post-panoptic society. In the words of the theorist Masa Galič, the first phase of observation, featuring both Bentham and Foucault, offered architectural theories of surveillance, as in surveillance that is both “physical and spatial, involving centralized mechanisms of watching over subjects.”

Otherwise known as your digital shadow, the term refers to a unique set of highly-traceable digital activities. Everything you say, do, and view on a digital device can be traced to the source. In other words, you. The ominous shadow is intimately connected with dataveillance, the practice of observing, mining, and weaponizing digital data relating to online activities.

The Second Phase of Surveillance

Of course, these are no ordinary CCTV cameras. No, these high-tech monstrosities are equipped with facial recognition software capable of analyzing the geometry of a person’s face. In a split second, these cameras create a unique digital code, more commonly known as a face print.

This data, according to HD Integrated Systems, makers of surveillance technology, “can be stored and used” in the very same way “other biometric data, including fingerprints, retinal scans and voice recordings” are utilized and weaponized. The “face print algorithms” then use the data collected to “identify and analyze” specific details about an individual’s face, including jaw and nose shape. This information is then stored in an opaque, centralized database.

Where are the cameras being used in London coming from? You already know the answer.

As the author Sakshi Tiwari recently noted, Hikvision and Dahua—two of the biggest surveillance companies in the world and with close ties to the CCP—are currently “scanning” the London skies. With 41.88 percent ownership, the CCP is Hikvision’s largest stakeholder.

What’s being done with all of the data being collected? As I have written before, there’s reason to believe that they’re sent back to Beijing and used to develop even more sophisticated algorithms.

Worryingly, what’s happening in London is not an anomaly. In the United States, for example, an increasing number of government agencies are using facial recognition software to collect inordinate amounts of data on unassuming citizens. Right now, the Departments of Agriculture, Commerce, Defense, Homeland Security, Health and Human Services, Interior, Justice, State, Treasury, and Veterans Affairs are busily expanding their facial recognition systems.

Meanwhile, in China, very much the home of invasive technologies, the CCP is now using facial recognition software to “detect signs of COVID-19,” according to the South China Morning Post. Wang Feng, a finance and tech expert, told the Post that the “market potential” for more sophisticated facial recognition cameras is immense.

Wang believes that potential simply can’t “be matched anywhere else in the world, because these smart devices will be widely used in big cities to meet stringent virus control rules.”

Only in Chinese cities, right? Wrong!

As we all know by now, what stays in China no longer stays there. China now exports the most invasive surveillance technology from South America to Southern Africa. It also exports this technology to the city of London, which seems kind of appropriate. After all, George Orwell, a man who knew a thing or two about surveillance, was a Londoner by adoption.