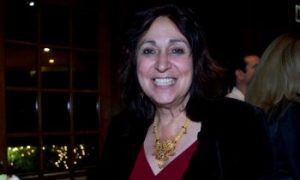 By Yi Yang
Print
Kindle owners will soon be able borrow e-books from over local 11,000 libraries, Amazon.com Inc. announced Wednesday in a statement.

Amazon is currently partnering up with Overdrive, a major provider of e-books for libraries around the United States, to bring the Kindle Library Lending feature to Kindle users. Other electronic readers such as Barnes and Nobles’ Nook and Sony’s Reader have already been able to access library e-books.

When the feature becomes available, a Kindle or Kindle app user will be able to make margin notes and leave bookmarks in any checked-out book. The notes will not be seen by the next patron, but will be preserved so that they will still be available if the same user reborrows or purchases the book.

"We're doing a little something extra here," said Marine. “Normally, making margin notes in library books is a big no-no. But we're extending our Whispersync technology so that you can highlight and add margin notes to Kindle books you check out from your local library.”

The Kindle Library Lending feature will most likely increase Kindle sales as readers are able to borrow books for a limited time for free instead of purchasing them.

While great news for librarians, readers, and the company itself, Amazon’s decision has made some publishers uneasy since library e-books would result in fewer sales of individual e-books and hard-copy books. Also, libraries are not required to repurchase popular e-books, whereas physical books would wear out and must be repurchased eventually.

Publishers Simon & Schuster and Macmillan have yet to decide to provide their e-books in libraries, while HarperCollins recently announced that an e-book is limited to 26 check outs before the library has to repurchase again, according to The New York Times.