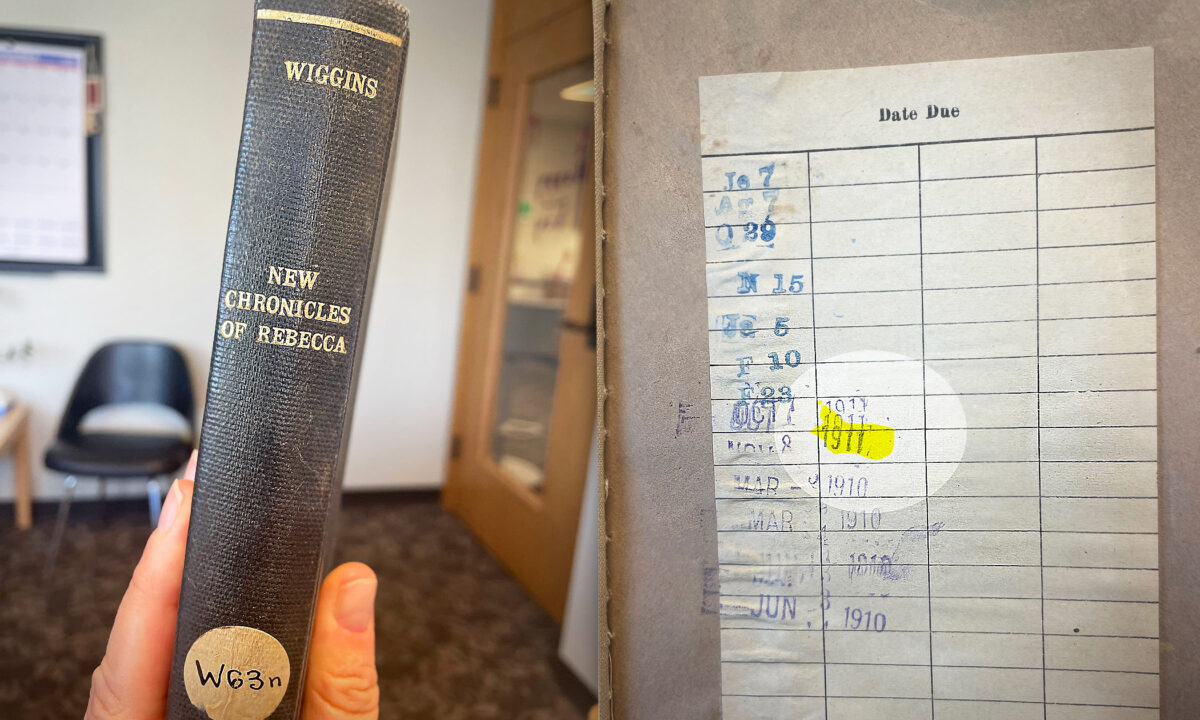 Library Book Borrowed in 1911 Finally Returned After 110 Years—And Here’s What the Late Fees Would Total:

A long-overdue library book finally found its way back on the shelves an incredible 110 years late after someone had borrowed it in 1911.

The said book, “New Chronicles of Rebecca” by Kate Douglas Wiggin, published in 1907, tells the story of Rebecca Rowena Randall who was raised in rural Maine, and is the sequel of the original “Rebecca of Sunnybrook Farm.”

Staff at the library announced the long overdue return on their Twitter account, posting photos of the aged volume with its vintage artwork as well as the book’s late slip, which showed that it had been lent out a total of 15 times before it vanished for over a century.

In those days, according to a notice printed inside the book cover, the library charged two cents per day in late fees, which would amount to the substantial sum of $803 over the last 110 years.

Thankfully for whoever borrowed it, the library abolished late fees in 2019, Fox13 reported, as have libraries across the United States in a bid to encourage more readers to return their overdue borrowed books.