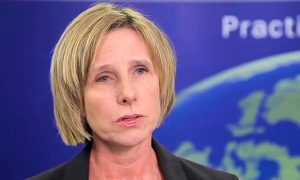 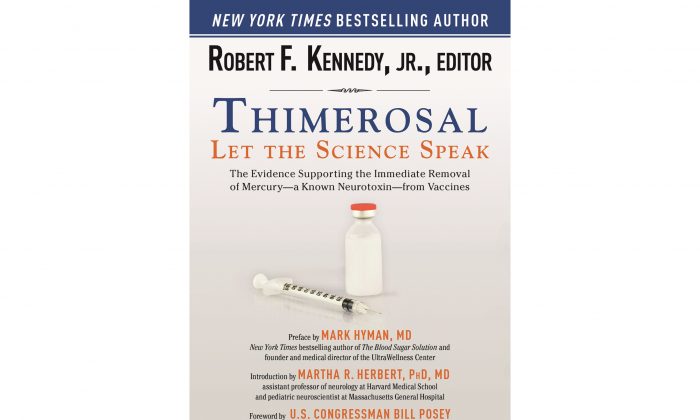 Letting the Science Speak Against Mercury in Vaccines

The vaccine preservative and title subject of the book “Thimerosal: Let the Science Speak” may not be as well-known as the book’s editor, Robert F. Kennedy Jr., an environmental lawyer and son of the late attorney general Robert F. Kennedy. Yet the public’s lack of knowledge about thimerosal is perhaps all the more reason why this book is so important, especially since the paperback edition (to be released Sept. 1) now contains 17 previously-written chapters that were excluded from the hardcover edition for being “too combustible,” according to Kennedy.

Roughly 50 percent mercury by weight, thimerosal is labeled “very toxic.” Mercury is the most toxic non-radioactive element on earth and second overall. One would think those facts would be enough to end its use in any medicine once and for all, but if that were the case this book would never have been written. Despite the toxicity of mercury, it remains present in many routine vaccinations in the form of thimerosal, and its ongoing use remains staunchly defended by the vaccine industry.

The book’s subtitle, “The Evidence Supporting the Immediate Removal of Mercury—a Known Neurotoxin—from Vaccines,” makes clear this book is more than just a case for why thimerosal is dangerous. Kennedy makes a compelling argument for vaccines to no longer contain thimerosal, from its toxicity, to its lack of necessity, to its association with neurodevelopmental disorders such as autism, and finally to the neglectful and even fraudulent attempts to hide that association by government agencies and media outlets.

As a result of mercury’s ongoing use in vaccines, “we are gambling with population health through the same intervention that we use to protect it,” as Harvard neurologist Dr. Martha Herbert concisely stated in the book’s introduction.

Some chapters such as the one on the biological basis for thimerosal causing autism contain scientific terms that may be difficult to follow without knowledge of college-level biology. Such is the challenge of making a case for causality of a behavioral disorder at the cellular level. Yet this is a challenge the book takes on commendably.

There is a new chapter on Dr. William Thompson, the senior scientist at the Centers for Disease Control and Prevention (CDC) who blew the whistle on his colleagues for hiding evidence of vaccines causing autism. There’s also a new forward by Congressman Bill Posey who recently read an explosive statement by Thompson to Congress.

The paperback edition of “Thimerosal: Let the Science Speak” has some of the same weaknesses as its hardcover predecessor. It is simply counter-intuitive to write a book outlining the proof for thimerosal’s role in causing autism only to cast doubt on that proof, as is done in the book’s preface by Dr. Mark Hyman. Kennedy and the other contributors to the book also still fall for the age-old trap of trying to prove they are not “anti-vaccine,” a burden no critic of the vaccine program should face or bother satisfying.

Overall, however, the book delivers well on its promise by making the case against the use of thimerosal in commonly administered, routine vaccinations by letting the science on the subject “speak” so to speak. That is something federal health agencies, media outlets and a myriad of special interests behind thimerosal’s continued use do not allow. For that reason, readers now have a unique opportunity to let the science supporting thimerosal’s immediate removal from vaccines speak to them by giving “Thimerosal: Let the Science Speak” a well-deserved read.

Jake Crosby is editor of the website Autism Investigated. Crosby has a masters in Public Health in epedemiology and is now pursuing a Ph.D. in epidemiology.