Less Than 1 in 100 Million Chance That COVID-19 Has Natural Origin: New Study 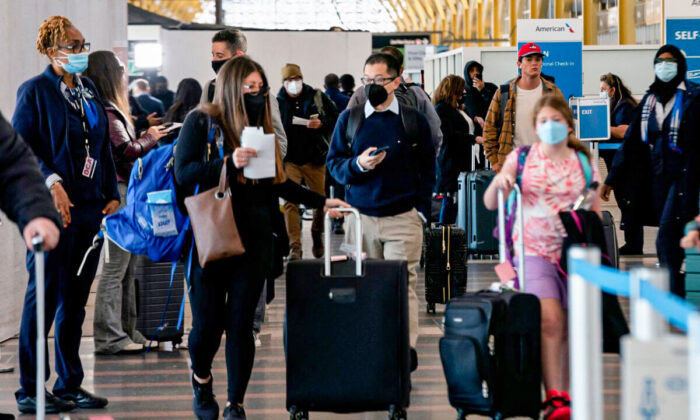 A new study on the origins of the pandemic, “Endonuclease fingerprint indicates a synthetic origin of SARS-CoV2,” published on the preprint server bioRxiv, concludes that it is highly likely that the SARS-CoV-2 virus that causes COVID-19 originated in a laboratory. The odds of a natural origin, according to the study, are placed at less than 1 in 100 million.

Unlike previous studies that analyzed qualitative aspects such as virus features, the new study for the first time assesses the likelihood of a laboratory origin on a quantitative basis. This breakthrough methodology allowed the authors to present objective findings that appear to exceed any previous studies.

Significantly, the new study does not rely on any of the known evidence pointing toward a lab origin of the SARS-CoV-2 virus. For instance, it does not take into consideration the highly unusual Furin Cleavage Site that makes the virus particularly virulent and which it is widely thought to have been inserted into the virus at the Wuhan Institute of Virology. Nor does it factor in the huge coincidence that the pandemic started on the door steps of the world’s premier coronavirus laboratory.

Instead, the authors—Valentin Bruttel, a molecular immunologist at the University of Würzburg in Germany; Alex Washburne, a mathematical biologist at Selva Science; and Antonius VanDongen, a pharmacologist at Duke University—took a novel approach that assesses the genesis of the SARS-CoV-2 virus from an entirely new angle. The authors examined tiny fingerprints left behind in the process in which viruses are assembled in laboratories. While use of seamless genetic engineering techniques in creating viruses in laboratories typically conceals evidence of manipulation, the new study developed a statistical process for uncovering such hidden evidence by comparing the distribution of certain strands of genetic code in wild viruses and lab-made viruses.

When viruses are constructed in a lab, they are typically assembled by piecing together various virus parts. According to a blog post from Washburne that accompanied the release of the study, it is like taking Mr. Potato Head from the movie Toy Story and replacing his arms with the arms of GI Joe to help “us study things like whether GI Joe arms provide any clear benefit for an important task in the virus life cycle like lifting weights.”

In other words, one of the main purposes of manipulating viruses is to better understand which parts of viruses make them particularly infectious, lethal, or transmissible. A related purpose is to develop bioweapons but the authors of the new study reject the idea that that is why SARS-CoV-2 was made. They believe that the virus “was assembled in a lab via common methods used to assemble infectious clones pre-COVID.”

A recent experiment at Boston University is an example of piecing together virus parts. Researchers created a COVID-19 variant that killed 80 percent of exposed mice using the backbone of the ancestral SARS-CoV-2 virus and replacing its spike gene with that from the Omicron variant. Put another way, the Boston lab created a COVID-19 version of Frankenstein’s monster by piecing together different parts from different variants of the SARS-CoV-2 virus.

Piecing together viruses in labs is subject to limitations. The genetic information for SARS-CoV-2 is contained in 30,000 base pairs of RNA nucleotides. However, the 30,000 base pairs are not pieced together all at once. Instead, laboratory viruses are assembled from a collection of smaller strands of base pairs that are later “glued” back together as chimeras, or compounds. Enzymes are used to cut viruses apart at certain points along the DNA strand (laboratories use DNA instead of RNA as it is more stable; the assembled DNA is then added to bacteria that create RNA viruses).

While naturally occurring cutting sites and cutting sites added in a lab are biologically indistinguishable, Bruttel, Washburne and VanDongen hypothesized that they could detect a “very subtle but identifiable fingerprint” by plotting the distribution of the cutting sites on the SARS-CoV-2 virus. They would then compare this to the distribution of such sites on wild-type SARS viruses, as well as on other, pre-pandemic lab-made SARS viruses. They carried out their analyses for the most commonly used enzymes (biological “scissors”) which, according to a series of pre-pandemic publications from the Wuhan Institute of Virology, were also used for experiments in the Wuhan lab.

The results of the new study are stark. While cutting sites on wild-type SARS viruses are randomly distributed, they tend to be regularly spaced on pre-pandemic lab-made viruses, as well as on SARS-CoV-2. So the authors found that regular spacing suggests that the location of the cutting sites was manipulated in a lab.

The longest segments in lab-made viruses were found to be unusually short. As previously noted, the process of genetically engineering viruses requires scientists to use several shorter segments, which are then pieced together. Natural viruses are not pieced together and thus the length of segments is randomly determined and includes very short and very long segments.

Bruttel, Washburne, and VanDongen estimate that the odds that the SARS-CoV-2 virus arose naturally lie between 1 in 100 and 1 in 1,400. However, this estimate only factors in the distribution of cutting sites. The authors also observed a concentration of mutations within the cutting sites that was “extremely unlikely in wild coronaviruses and nearly universal in synthetic viruses.” The estimate drops to a 1 in 100 million chance that SARS-CoV-2 was a naturally-occurring virus if these mutations are factored in. When considering additional criteria, such as the fact that the “sticky ends” where the viruses are “glued” back together all happen to fit perfectly, the authors estimate the odds of a natural origin to be even lower.

The authors conclude that SARS-CoV-2 was assembled in a lab using common methods for assembling viruses. The authors do not speculate on which lab the virus escaped from.

In response to the new study, Kristian Andersen, the leading author of the Proximal Origin paper—the Dr. Anthony Fauci-led effort to dispel the lab leak theory—went on Twitter to slam the new study as “kindergarten molecular biology.” Andersen’s criticism is that cutting sites are common in naturally occurring SARS viruses. However, this criticism does not explain the very unusual placement of cutting sites in SARS-CoV-2.

The Proximal Origin paper itself, which boldly proclaimed that “our analyses clearly show that SARS-CoV-2 is not a laboratory construct or a purposefully manipulated virus,” has been dismissed after it emerged that Andersen and his co-authors had relied on an obsolete database for their findings.

Notably, Andersen told Fauci privately that SARS-CoV-2 looked engineered, while publicly pushing the natural origin narrative. Fauci was director of the National Institute of Allergy and Infectious Diseases (NIAID) at the time. He will resign from the position in December.

Andersen and a group of other scientists who receive funding from Fauci’s NIAID also co-authored another natural origin paper that declared their “analyses provide dispositive evidence for the emergence of SARS-CoV-2 via the live wildlife trade.” That paper, too, has since been criticized for its reliance on faulty data.

While there is still no dispositive evidence on either side of the origin debate, it is noteworthy that the papers from natural origin advocates tend to make grand claims of indisputable evidence. In contrast, the authors of the new study have invited criticism and debate of their findings and are engaging with such criticism online.

Although it is too early to reach a final verdict on the new study, which is still subject to peer review, its methodology offers for the first time a path to solving the COVID-19 origin puzzle without having to rely on data that is being withheld by the Chinese Communist Party.