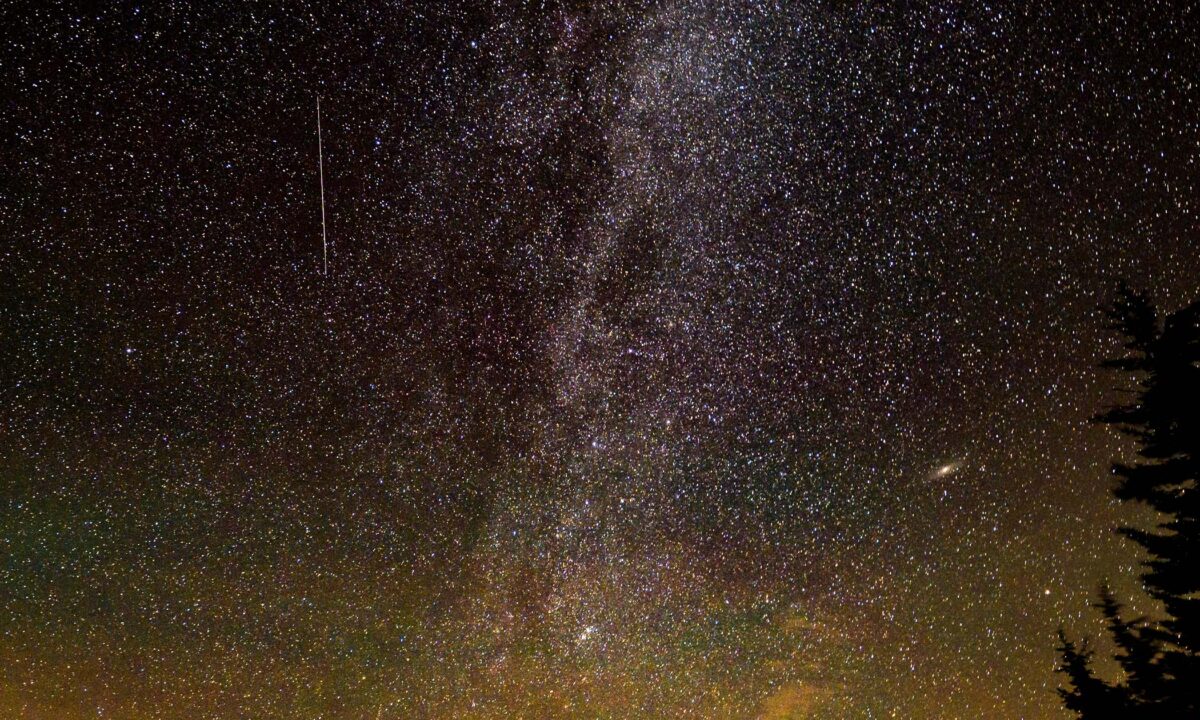 Leonid Meteor Shower Expected to Rain Down on Earth on Night of Nov. 17—Here’s What You Need to Know

Every mid-November, Earth passes through a region of outer space littered with bits of cosmic debris that habitually light up like matches in the night sky. The leftover remnants of a comet, called 55P/Tempel-Tuttle, manifest as a stream of space dust, rock, and frozen gas trailing throughout the solar system. Their striking the Earth’s atmosphere results in a pyrotechnic spectacle called a meteor shower, which sometimes turns into a prolific, even sublime, meteor storm.

This particular November meteor shower is called the Leonids, so named because it seems to radiate from a point located in the constellation Leo the lion. If you want to catch this celestial light show, you still have a few days before they peak.

How to Spot the Leonids

The Leonids have already gotten underway—they last from Nov. 3 through Dec. 2—but are expected to peak on the evening of Nov. 17 through the morning of Nov. 18. So, there’s lots of time for meteor sighting.

One can expect to see as many as 15 meteors per hour under ideal conditions. Nov. 17 will mark the fat waning crescent moon, so there should be ample darkness to provide the necessary contrast to see them. Try to find an unobstructed viewpoint where there are no city lights.

Wherever you may reside, the best time to catch the Leonids is between late evening and moonrise. The meteor shower’s “radiant”—the point from which shooting stars appear to emanate—is located smack dab in the middle of Leo the lion’s mane; more precisely, it is just above the star Algieba. The radiant will rise around midnight and appear highest in the sky at dawn.

One needn’t look precisely at the radiant to find meteors—to the contrary. You won’t see many appearing there, because they radiate outward from that point. They can be spotted anywhere across the night sky and are most visible when seen about 30 degrees from their point of origin. But why do they all seem to emanate from a single point? Why do they have a radiant?

Where Meteors Come From

The Leonids, just like other meteor showers which occur annually at various times throughout the year, are associated with their particular parent comet, which is constantly shedding streams of debris along its elliptical orbit around the sun (becoming more prolific during its closest approach to the sun).

That debris travels in nearly the exact same direction as their corresponding comet; that’s why whenever Earth passes through one of these debris streams, the subsequent shooting stars seem to all radiate from the same point. A trick of perspective makes it seem like they converge: just like a pair of train tracks running parallel appear to converge on the horizon, meteors traveling in parallel appear to emanate from the radiant.

Speaking of comets, the Leonids’ parent comet, 55P/Tempel-Tuttle, was so named because it was discovered independently by two different astronomers around the same time. On the evening of Dec. 19, 1865, William Tempel of Marseilles Observatory in France first sighted it in the northern sky, under the north star. Then, 17 days later, on the evening of January 5, 1866, it was spotted again by Horace Tuttle of Harvard College Observatory. Because the second discovery was independent, Tuttle’s name was added.

Based on calculations taken from the comet back then, astronomers estimated it would return in 33.17 years, after completing its laborious orbit around the sun. With 55P/Tempel-Tuttle’s discovery, astronomers also concluded that the meteor showers and storms occurring annually this time of year were products of the comet.

In 1833, stargazers witnessed one of the most famous meteor storms in modern memory, during which over 100,000 Leonids per hour rained down upon the Earth, giving some observers a strong sense of the Earth traveling through space, fording a stream of cosmic detritus. Since then, meteor enthusiasts have gazed up every 33 years scouting out Leonid storms. In the years 1866 and 1867, the Leonids delivered more spectacular storms.

After the comet’s discovery, astronomers and stargazers expected November 1899 to present a big show—the comet’s return took a backseat to the prospect of a Leonid storm, which was highly anticipated. It was considered a great public disappointment in astronomy, however, when it did not materialize.

There were no great Leonid storms again until Nov. 17, 1966, when observers in the southwestern United States reported spotting as many as 40 to 50 meteors per second within a span of 15 minutes. The comet’s return in 1998 (when it became visible with binoculars) was followed by a dazzling meteor storm display from 1999 through 2001. The comet is expected to return in early 2031, possibly with a Leonid storm encore.

This year’s Leonids are anticipated to be less of a lion and more of a lamb. Nevertheless, if you gaze up on the evening of Nov. 17, the starry expanse surrounding the constellation Leo could yield a few noteworthy shooting stars.