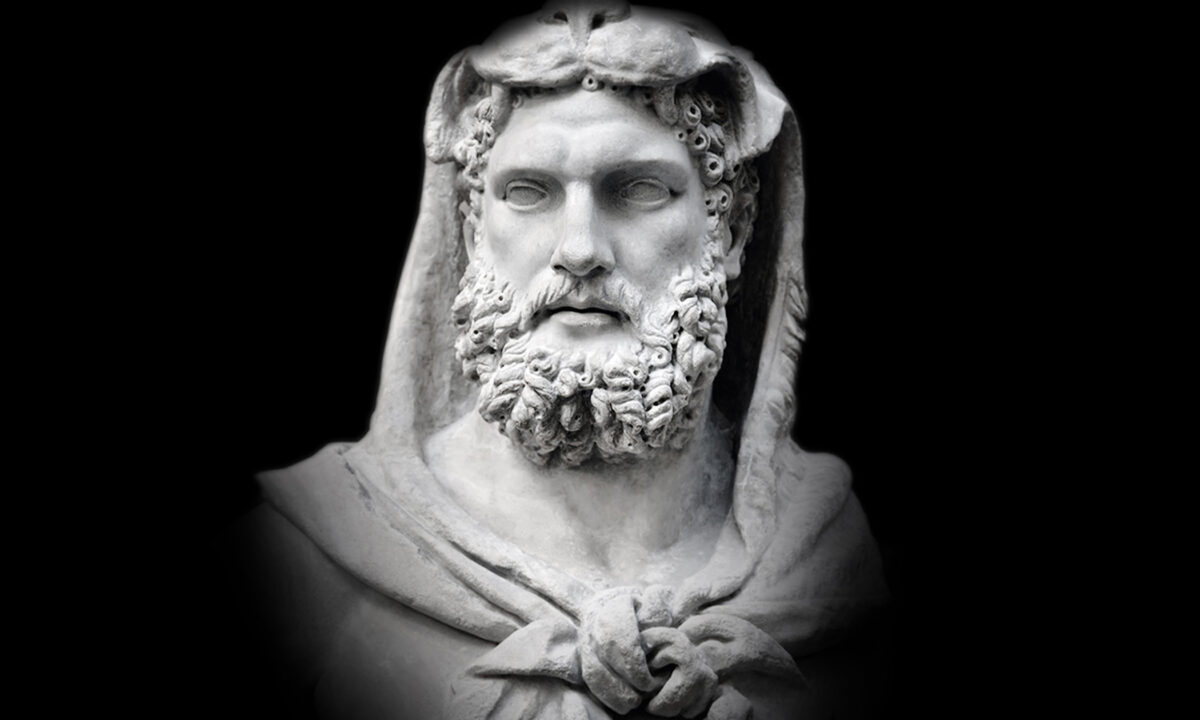 Masculinity under attack and fighting for its life!

There’s no doubt—certain segments of society are taking aim at the traditional role of men. Woke shaving commercials are calling masculinity “toxic,” while popular men’s magazines are bending to feminize men; the trend of dethroning manliness is washing over the culture. Is there a hero—a champion for men—who can redeem him from the accusations of “oppressor,” “tyrant,” and “toxic masculinity?”

One masculine hero might answer the call: Hercules (known as Heracles by the Greeks), who, according to Greek mythology, confronts his darker side and finds redemption.

Young soldiers in ancient Greece once tackled issues such as those facing men today through myths, according to Prof. Lawrence Alison, who works to help former military and law enforcement confront post-traumatic stress.

“The idea was that through storytelling, myths, and legends, and so on, we could gain some insight into and help discussions about difficult topics,” he said while introducing his retelling of the “The Labors of Heracles.” Such myths could increase our “insight about value systems, beliefs, and ways that [we] think.”

The servicemen (and women) he helps, who were exposed to the battlefield or heartless criminals, know firsthand the effects of a toxic environment—war itself being a euphemism for man’s “toxicity.” Like the Greeks, Alison enlists myth as cathartic therapy to help former servicemembers confront inner struggle.

Born half mortal/half god, the illegitimate son of Zeus, King of the Gods, infant Heracles incurred the wrath of Hera, Queen of the Gods, who cursed him, using her powers to send him into an insane rage. This impelled him to kill his own wife and children, and it is this act of violence he must atone for.

“Heracles has lost everything,” Alison writes. “In his bereavement, shame, guilt, self-loathing, and contemplating of seeking his own death, he is at his nadir”—our hero, like toxic masculinity, must rid himself of a curse. Remorsefully, he seeks wisdom at the Temple of Apollo and is sent to perform his labors.

The Nemean Lion and Other Beasts

The beasts Heracles faces, starting with the Nemean Lion in his First Labor, represent a common motif in the myth—the Hydra, Erymanthean Boar, and Cretan Bull follow—all of which Heracles dispatches using his “inhuman power and size.”

But Heracles’s “brute strength” soon renders him inadequate as the labors increase in complexity. Reliance on force alone becomes detrimental, with harsh consequences a price for lacking wit and altruism.

Procuring divine aid is another recurring motif. In his Third Labor, Heracles “knelt in front of the Goddess,” Alison wrote, and “Artemis took pity on him” by loaning him her Ceryntheian Hind (an enormous female deer), swift and delicate, which likely would have foiled Heracles, having to catch it without harming it.

In his Sixth Labor, “Heracles is aided by Athena, Goddess of Wisdom. She had seen how much Heracles had gone through to earn his atonement” and helped him disperse the flesh-eating, bronze-beaked Stymphalian Birds, raised by Aries the God of War—likely symbolizing quenching inner strife.

Our hero is regularly assisted in his tasks by next of kin—who often pay the price with their own lives. His nephew Iolaus aids in defeating the Hydra in Heracles’s Second Labor; in his Fourth, the centaur Chiron helps Heracles but is grazed by his arrows, dipped in toxic Hydra blood, and dies.

More fatalities follow, which haunt Heracles in his Tenth Labor, where “many disembodied voices accompany him along the way,” Alison writes, seeking “to either crush or propel him on.”

The chronic toxic fallout within our hero is the hidden foe he must vanquish.

One, because he uses wit joined with strength—moving two huge boulders to divert the rivers Alcaeus and Kinaus to complete his task cleaning the Augean Stables, laden with 30 years’ worth of manure, in a mere 24 hours.

Second, he simultaneously helps others: “Not only were the stables clean, but the farmers below had 30 years of fertilizer drenching the hills,” Alison wrote. Strength is coupled with smarts and altruism to good effect.

A hero must not rest on his laurels. The later labors were crafted to lure Heracles into a false sense of confidence and trap him. His Seventh lapses back to brute strength: subduing the Cretan Bull, which he literally takes by the horns, overpowers, and shackles.

His Ninth allows him to procure the Amazon Queen Hippolyta’s girdle seemingly without effort—but not without cost. Led by desire, Heracles steers his men into a trap set by Hera. Though he escapes with the girdle, several of his men were killed, and his love.

Heracles’s hubris is wielded against him in his Eighth Labor. The villain Diomedes, son of Ares, treacherously outwits our hero, who is tasked with procuring Diomedes’s flesh-eating, fire-breathing mares.

Although Heracles destroys the villain using force, the trickery cost the life of Heracles’s close ally Abderus, who is eaten by the horrible mares. Another harsh lesson for our hero.

In his Tenth Labor, Heracles’s fallen friends torment his mind, yet their loss wasn’t for naught: In his Eleventh and Twelfth Labors, our hero bears forth traits of a consummate hero.

The Titan Atlas, who holds up the celestial spheres, is enlisted in the Eleventh labor by our hero—who offers to borrow that burden while Atlas picks for him the golden apples of Hesperides; but when Atlas tries to renege on the deal, leaving Heracles shouldering the heavens, our hero wittily ensures the load is justly returned, and apples received.

In his Twelfth and final labor, Heracles descends to Hades, God of the underworld, to fetch the three-headed dog Cerberus—this “is perhaps his defining moment insofar as it brings him full-circle,” Alison writes. “It’s worth comparing how far he has come by comparing this labor to his first.”

Without violence, Heracles holds the beast firmly until it calms, and ultimately befriends the tormented dog with a pat on the head.

Tyrants do exist—there’s no doubt about that. As with Heracles, tyranny exists inside us all. The question for men becomes: can we face our “dark side,” as Alison puts it, our “inflicting suffering on other people,” and reveal traits that are both masculine and admirable? Traits guided by reason and aimed at helping others?

With ancient roots, the values of Western civilization live on in our myths and legends. From the Greek philosophers to the Medieval chivalric code, our heritage promulgates a standard for atonement—spirituality and seeking the divine often being central to that.

So, embrace your traditions, perform your own labors, and redeem your most admirable masculinity!

Prof. Lawrence Alison’s retelling of “The Labors of Heracles” can be found on his online course here. 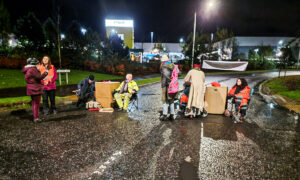 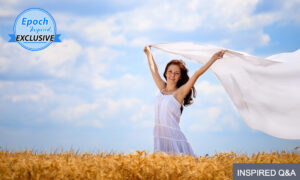 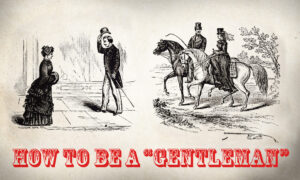 Traditional ValuesBy Epoch Inspired Staff
‘Where Are All the Men?’ This Vintage Manual on Manners From the 1880s Can Make a Gentleman Out of You
12-31-2021
sharecomments 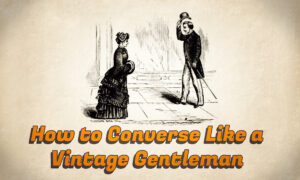