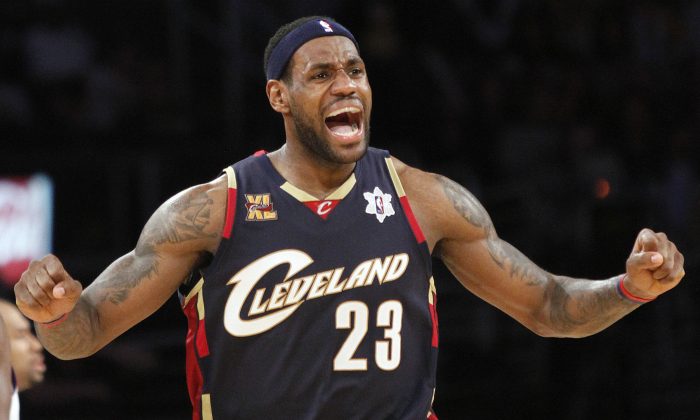 With LeBron James coming to town, adjustments are in order for everyone within the Cleveland Cavaliers organization, including the players. Kyrie Irving and Dion Waiters are aware of that and both have said the right things in an interview with ESPN.com’s Brian Windhorst.

Irving, a ball-dominant guard, and Waiters, who never saw a shot he didn’t like know their approach to the game will have to change to accommodate James. The best singular talent in the NBA, there is nothing James can’t do. What he does best, though, is handle the ball and pass, even at 6-8.

With James and a potential Kevin Love trade, both players will have to make fundamental adjustments to their thinking on the court.

“You do think about (changes) because you’re going to be playing with the greatest player in the game,” Irving said. “I’ve talked to several teammates about how we’re going to have to change our games.”

Irving, who averaged 20.8 points and 6.1 assists, is a known commodity. And while he will make changes, he will make fewer concessions than Waiters.

The third-year player already raised a few eyebrows when he said he wants to be the starter at shooting guard alongside Irving and James. Asked how he feels about taking a backseat to James and Irving, he appeared aware of the impending change.

“I have to make adjustments,” Waiters said. “I like to have the ball and we have Kyrie, and he likes to have the ball. So I have to find ways to impact the game without having the ball. I’m planning to go watch tape to see what D-Wade did when he played with LeBron. I need to learn how to be effective out there with him.”

Waiters plans to check tape of Dwyane Wade, who has a similar approach to Waiters. Neither Waiters nor Wade are particularly strong from the 3-point line, but both excel as slashers and midrange shooters.

“(Wade) is a ball-dominant guard too, and when LeBron came over he had to change his game too,” Waiters said. “He was so efficient, though, and that really helped their game. I think I can learn a lot from what he did.”

James has said he looks forward to playing with and mentoring both. We’ll soon get to see the process play out, and it will be revealed just how willing Irving and Waiters are sacrifice.