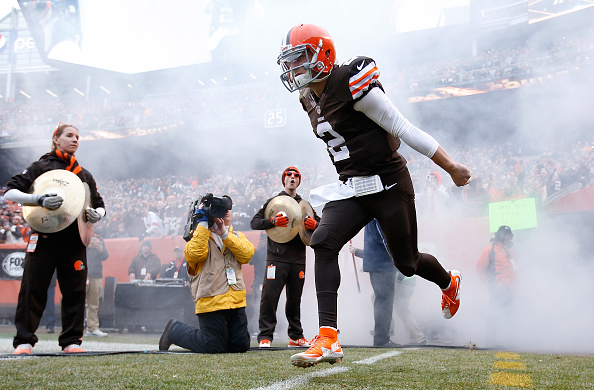 CLEVELAND, OH - DECEMBER 14: Johnny Manziel #2 of the Cleveland Browns runs onto the field during introductions prior to the game against the Cincinnati Bengals at FirstEnergy Stadium on December 14, 2014 in Cleveland, Ohio. (Photo by Joe Robbins/Getty Images)
NFL

Lebron has always been Cleveland’s golden boy, but if Manziel pans out, Cleveland may have two tigers on one mountain.

However, Lebron has always had nothing but support for Johnny-boy. Earlier this morning, Lebron tweeted this:

And ‘big bro’ Bron will follow up by witnessing the game live, making two of Ohio’s biggest stars present in a critical Ohio matchup between AFC North foes.

Though the 7-6 Browns have a winning record, they are last place in an ultra-competitive AFC North. Manziel is getting his first start after a three-game stretch in which former starter Brian Hoyer threw 7 interceptions and no touchdowns to show for it.