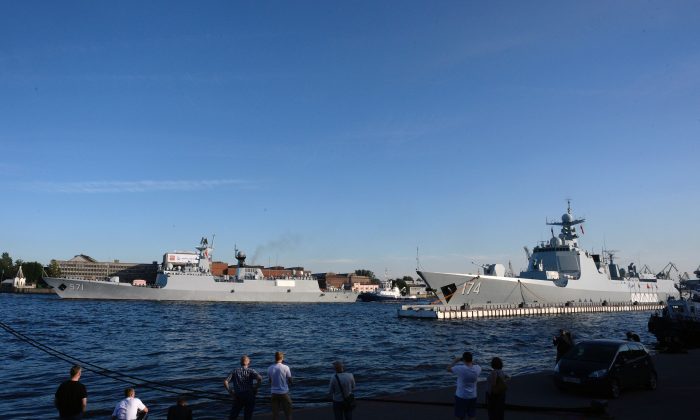 The Epoch Times recently obtained government documents from a trusted source that reveal a conflict in 2019 between China and Russia over a Chinese fishing boat that was caught illegally fishing in Russian waters.

The series of telegrams were sent from the Chinese Consulate in Vladivostok, Russia, a major port city near the country’s far-eastern border. They were addressed to the provincial governments of Shandong, Hainan, Jilin, Heilongjiang, Guangxi, and copied to China’s foreign and agriculture ministries, the China Coast Guard, and the Chinese Embassy in Moscow.

According to the first leaked telegram, sent from the consulate on May 9, 2019, Russian authorities requested the consulate’s assistance in deporting seven Chinese citizens back to China. There were also several North Korean nationals onboard.

The telegram noted that almost six months earlier on Nov. 21, 2018, Russian border patrol forces notified the consulate that a fishing vessel with pennant number SUSAN204 had been caught and detained for illegal fishing in Russia’s Exclusive Economic Zone, and that three crewmen were Chinese nationals.

The consulate verified with respective provincial governments and confirmed that two crewmen were from Shandong Province, and the third was from Jilin Province.

Chinese authorities identified the vessel as a boat registered in Hainan Province by the name of Qionglinyu 90008. Its managing agent was identified as Wang Haibo, a resident of Rongcheng, Shandong.

Russian authorities found upon further investigation that the boat actually had seven Chinese citizens aboard, according to the telegram.

The telegram asked the authorities of Shandong and Hainan to pressure Wang to make arrangements for the return of the crewmen. The consulate also stated that it would provide all necessary support to help the crewmen return home.

Two weeks later, the consulate sent another telegram following up on the incident. Russia was considering confiscating the fishing vessel, the May 23 telegram stated. Since the boat entered Russian territories from North Korea, Russian authorities warned that they would deport the Chinese citizens to North Korea along with the North Korean crewmen if China didn’t retrieve them on time.

The telegram reemphasized the need for Shandong and Hainan authorities to work with the boat’s managing agent to bring the crewmen home.

The last telegram on the incident, sent on May 28, 2019, reported that on the morning of May 24, the consulate contacted Russian border patrol to pick up the crewmen but encountered issues.

Russia eventually released the crewmen on the early morning of May 28. They boarded a flight back to China.

Relationship Between China and Russia in Recent Years

While the two governments have grown increasingly close, tensions remain.

Much of the resentment Russians have toward the Chinese stems from the environmental destruction caused by Chinese factories, which Russian locals say exploits their country’s abundant natural resources.

Over a million Russians signed an online petition protesting the construction of a Chinese bottling plant that planned to draw water from Lake Baikal, the world’s deepest lake and largest freshwater body, located in southern Siberia. In March 2019, a Russian court ruled that the plant didn’t have legal permission for construction, according to a report by AFP.

Lake Baikal has also seen an influx of Chinese tourists and businesses, which raised concerns about pollution as well as fears of a Chinese takeover of the region, according to an article by The New York Times.

Many Russians also resented commercial logging and deforestation in Siberia by the Chinese, which the Russian government enabled by selling them logging rights at a low cost, Steven Lee Myers reported in The New York Times in 2019.

“Protests against logging—and Chinese logging in particular—have erupted across Siberia and the Russian Far East,” the report said.