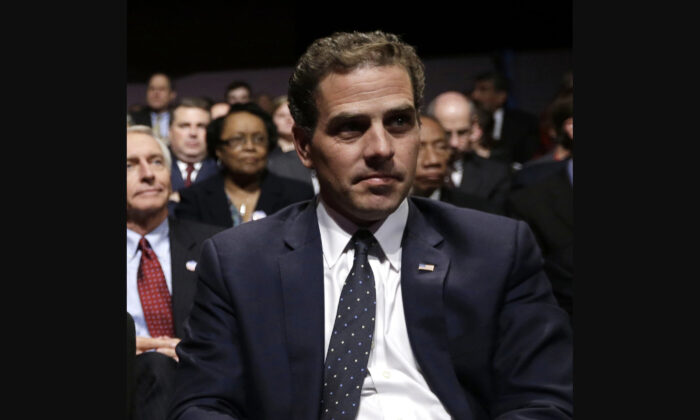 The nephew of Boston crime boss James “Whitey” Bulger was a business associate of Hunter Biden and played an active part in furthering his business ventures in China, leaked emails show.

The Boston mobster was a high-profile figure in the city’s organized crime scene from the 1970s to the 1990s and had for years been America’s most wanted fugitive. He was killed by fellow prison inmates in 2018 while serving two life sentences for 11 murders.

His nephew, James J. Bulger, is the son of a former Massachusetts state senator and chairman of Boston-based investment consulting Thornton Group, which he co-founded with Taiwanese American businessman Michael Lin Chun-Liang. The company was a stakeholder in the investment firm Bohai Harvest RST Shanghai Equity Investment Fund Management (BHR Partners), backed by major Chinese state financial institutions such as the Bank of China and the China Development Bank Capital.

Hunter Biden was an unpaid board member of BHR until April 2020, according to his lawyer. He held a 10 percent stake in the firm as of last May, according to company records.

Email threads dated 2014 and obtained by Fox News and the New York Post showed the two Thornton Group executives discussing with Hunter Biden and his associates issues such as securing a Chinese business license and meeting with a senior Beijing official for unspecified funds.

Bulger on Jan. 27, 2014, forwarded an email from his colleague Mike Leonard, vice president of operations at Thornton to Biden and his close business partner Devon Archer with the subject line: “Meeting with Chinese Ambassador.”

“A US Embassy staffer met with the former CEO of the Bahai [sic] Fund in 2008 and wrote up a report on the meeting,” he wrote. “Pretty interesting that someone at the Embassy in Beijing would be interested in what the domestic Bohai PE Fund was up to. Thought you guys should see this.”

He suggested that the group meet in Washington and noted that Leonard has “reached out to someone over in Beijing to ascertain the schedule of Jonathan, likely referring to BHR’s CEO Jonathan Li.

“I still believe a meeting early next week with the Ambassador if possible would be the best, hope this has not to[o] much of an [expletive] ache.”

Thornton Group, Biden, and Archer had worked together to establish BHR Partners months earlier. Hunter’s father, President Joe Biden, was the vice president at the time. In February, Archer was sentenced to one year and one day in jail for defrauding a Native American tribe.

In about four months’ time, Bulger wrote to Hunter Biden to emphasize “the need for for a contracted Chinese anchor investor.” A woman he identified as Lindsay had been in their “weekly BHR call” a day earlier. “She was very clear to all on the phone that he [sic] signing of an investment contract with Gouxin or BOC or PICC is task number 1,” he wrote. The acronyms BOC and PICC likely refer to the Bank of China and the People’s Insurance Company of China.

He went on to reveal interests in investment totaling 10 billion yuan (roughly $1.6 billion at the time) from Gouxin. “We need to keep this thing very simple in the beginning so we can get a contract executed ASAP,” he said, then added that Leonard would soon share his “high level research” into the “KAZ/Sino energy business.”

Email unearthed from Hunter’s abandoned laptop showed that Hunter traveled to Beijing between 2014 and 2015 trying to broker a $120 million oil agreement between a Chinese state-owned oil company and then Kazakhstan’s prime minister.

The two firms had been talking with a China-based insurance company in “a serious stage” but the Chinese firm was asking for a license to seal the deal, he wrote to Hunter.

“Time pressures are very tight, plus the fact that we do not yet have one has caused a slight credibility bump in the company’s mind. This all translates into a need for a Business License, and one secured very quickly,” wrote Owens. “While this might seem to be a mundane task, I have come to understand that matters such as a Business License can end up taking an inordinate amount of time…..time we just do not have.”

Hunter quickly sent the email to Bulger and Lin asking them to help expedite the license. Bulger replied that he would speak with Lin to come up with a plan.

“Me and Michael had a call with Jack this morning I think we have a solution for hi[s] China problem,” Bulger wrote to Hunter three days later, adding that the pair were researching Chinese laws and regulations but “our Thornton WOFE will likely be ok for Jacks company to use.”

WOFE is a shorthand for wholly foreign-owned enterprises.

A business associate of Hunter in 2011 forwarded news of Whitey Bulger’s capture to Hunter and Archer with the subject line containing the phrase “Jim’s uncle,” according to Fox News.

Bank records released by Sens. Chuck Grassley (R-Iowa) and Ron Johnson (R-Wis.) late last month shows multiple payments from China to Hunter in 2017 and 2018, each in the amount of hundreds of thousands of dollars.