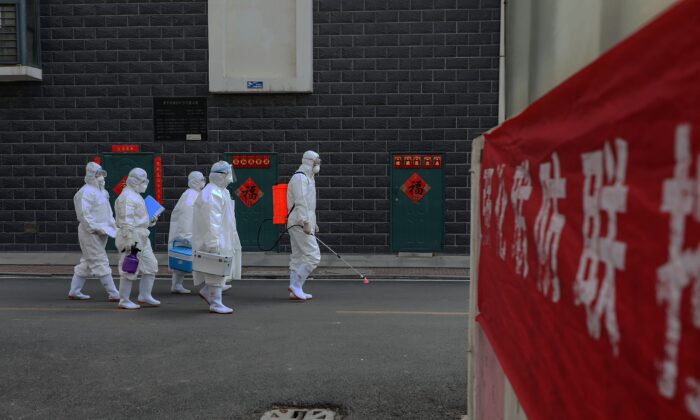 The novel coronavirus outbreak in eastern China’s Shandong Province is much worse than what has been officially reported, according to a series of internal government documents obtained by The Epoch Times.

Each day from Feb. 9 to Feb. 23, Shandong authorities underreported the number of infections, according to internal data compiled by the Shandong Center for Disease Prevention and Control (SCDC). The SCDC kept a tally of the number of people who tested positive for the virus during nucleic acid testing—using a diagnostic kit to test patient samples and detect whether they contain the virus’s genetic sequence.

As of Feb. 25, the Shandong government stated that there were a total of 755 infections in the province. But the internal document showed that 1,992 people had tested positive for the virus via nucleic acid testing as of Feb. 23.

In recent days, official data has shown new infections leveling off. For example, on Feb. 25, the National Health Commission reported only a total of nine new diagnosed cases outside of Hubei Province, where the outbreak is most severe.

To date, it’s the most definitive evidence that Chinese authorities routinely underreport cases. Previously, The Epoch Times interviewed workers at funeral homes in the city of Wuhan, the capital of Hubei, who said they had to work around the clock to keep up with the dramatic increase in workload.

Health experts have also hypothesized that Chinese official figures are inaccurate, based on their statistical modeling. Recently, a group of U.S. researchers published a study, not yet peer-reviewed, in which they suggested cumulative infections and deaths in China could be “substantially higher” than officially stated—by a factor of 5 to 10.

U.S.-based China commentator Tang Jingyuan told The Epoch Times that authorities reporting fewer infections is likely a tactic to convince Chinese citizens that the spread of the virus was contained and thus, it would be safe to return to work.

Chinese businesses were closed for the Lunar New Year holiday, which was extended in order to prevent cross-infection in the workplace. The central government, fearing the economic inactivity could have long-term ramifications, asked firms to resume operations on Feb. 10.

“[Beijing] is trying to create an image that most of the country is safe enough to resume production,” Tang said.

The internal data shared with The Epoch Times includes a breakdown of diagnostic results from all 16 prefectural-level municipalities in Shandong Province, which had been sent in an email to the disease control department of the Shandong health commission.

The SCDC compiles daily statistical reports about coronavirus diagnoses, tallying positive test results at all hospitals in the province that were qualified to conduct such testing.

For example, on Feb. 22, Qishan Hospital in Yantai city—a dedicated infectious disease facility—tested 229 patients; 12 were diagnosed with the coronavirus.

At times, the Shandong government reported just one or two new positive tests to the public, when the internal data showed many more.

And on Feb. 19, one new case was reported, compared with 52 actual positive tests.

For the period from Feb. 8 to Feb. 22, While the government said there were 347 newly diagnosed cases, the internal data shows 1,072 new patients—more than three times the published figure.

One Chinese researcher suggested that diagnostic kits alone wouldn’t be able to detect all the virus-infected patients.

“This disease has a character, which is not all patients can be detected positive when using nucleic acid testing,” Wang Chen, director of China’s Academy of Medical Sciences and a critical care medicine expert, told state-run broadcaster CCTV on Feb. 5.

Wang explained that although nucleic acid testing is currently the only official method that Chinese medical staff use to diagnose coronavirus, the result isn’t accurate.

“Only 30 to 50 percent of the patients present positive,” according to Wang.

He explained that all patients who test positive are infected with the coronavirus, but another 50 to 70 percent of patients are actually infected but can’t be confirmed by nucleic acid testing.