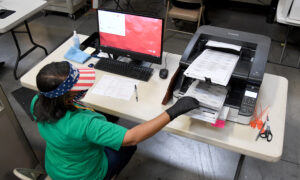 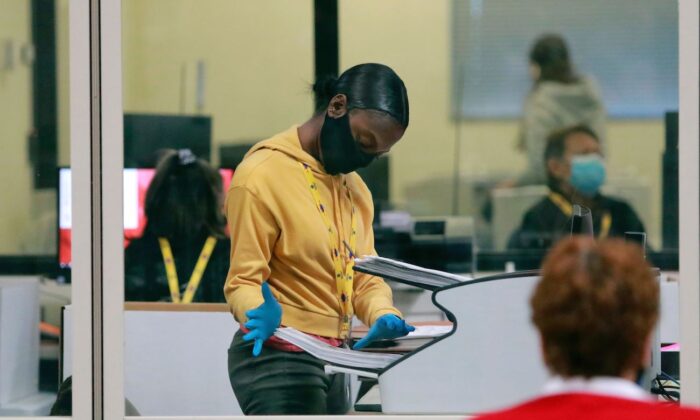 Nevada’s Republican Party announced a new election contest on Nov. 17 to “throw out fraud and ensure election integrity,” citing a slew of alleged voting irregularities that include claims of evidence that 15,000 people who voted in Nevada also voted in another state.

The election contest (pdf), filed in Carson City District Court by Nevada Electoral College candidates who pledged to President Donald Trump, is contesting the results of the presidential election in Nevada. It alleges “substantial irregularities, improprieties, and fraud” that occurred in the election, and that Nevada election officials put in effect an election system that was “highly susceptible to fraud and abuse.”

“Evidence will show that the nature and scale of that fraud and abuse renders the purported results of the Nevada election illegitimate,” the contest reads.

“We are presenting today in our formal contest, that there are north of 15,000 people who voted in Nevada and another state. We are presenting that people that had already done a change of address and left the state outside of the 30-day requirement, their ballots were still cast. We are also presenting dead voters,” he told a news conference on Nov. 17.

He took issue with Clark County’s system whereby a complaint has to be lodged in order for an issue to be investigated regarding a contested vote. “I will only leave one example: If a person has died, and that ballot was mailed to someone’s home, and someone voted that ballot, who is going to complain about that vote cast? No one, quite clearly. So the system isn’t investigating these things,” Laxalt said.

Among other alleged voting irregularities raised, the contest took issue with the reliability of the signature scanning machine used in Clark County, Laxalt said. He pointed to how no professional election integrity body has certified the machine (Agilis machine), and how election personnel manually adjusted the factory settings of the machines to 40 percent of a signature match.

The county has seen multiple complaints over voting irregularities. On Nov. 16, the county tossed results of a local election after a canvass showed 139 discrepancies in a battleground district.

Dan Kulin, the Clark County Election Department’s public information officer, said in an emailed statement that the allegations in the latest election contest appear to be repeated allegations that are “misstating and misrepresenting evidence” provided in prior proceedings that courts “have already rejected” and “parroting erroneous allegations made by partisans without first-hand knowledge of the facts.”

“For example, they mentioned observation of the process, and the use of the Agilis machine to assist with signature verification, which they continue to inaccurately explain. On both of these issues, state and federal courts have already rejected their allegations,” he said.

The Nevada secretary of state didn’t respond to The Epoch Times’ request for comment by press time.

Biden declared victory over the 2020 presidential election on Nov. 7 despite that the 538 electors of the Electoral College have yet to elect the next president. Trump has disputed Biden’s claim, and his campaign has launched multiple legal challenges alleging a variety of voting irregularities across a number of battleground states.