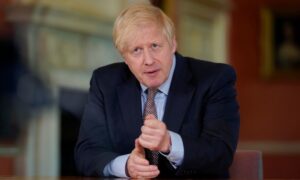 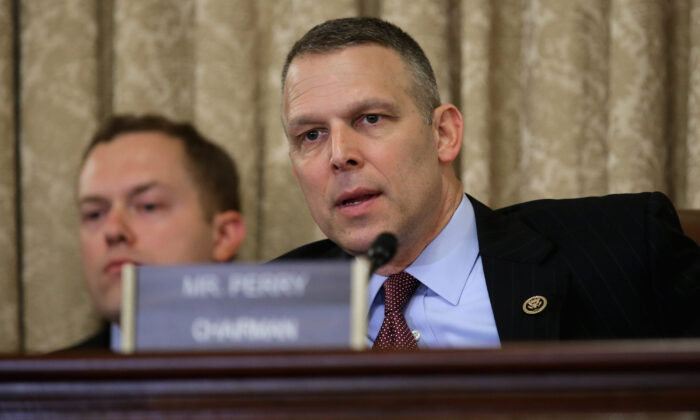 House Homeland Security Committee's Oversight and Management Efficiency Subcommittee Chairman Scott Perry (R-PA) holds a hearing about the possibility of transferring Guantanamo Bay detainees out of Cuba and into the United States in the Cannon House Office Building on Capitol Hill in Washington on April 28, 2016. (Chip Somodevilla/Getty Images)
Policy

Rep. Scott Perry (R-Pa.) on Oct. 1 introduced a bill to designate the Chinese Communist Party (CCP) as a “transnational criminal organization” and eliminate sovereign immunity for Chinese officials—which would allow them to be tried in U.S. court for criminal prosecution.

Perry on Thursday morning introduced the legislation with Reps. Tim Burchett (R-Tenn.) and Scott DesJarlais (R-Tenn.) that would add the CCP to the Department of Justice’s Top International Criminal Organizations Target (TICOT) list.

The list, which was first distributed to federal agents and prosecutors in 2008, seeks to identify and eliminate international criminal organizations that pose the gravest threat to U.S. national interests, Perry’s office said.

The Pennsylvania representative announced the legislation on the 71st anniversary of the CCP’s takeover of China, which saw more than 150 groups in some 60 cities around the world rally in protest of the Chinese regime’s human rights abuses.

“The thugocracy that is the Chinese Communist Party must be held accountable for its international crimes and face the full force of the U.S. law enforcement agencies,” Perry said in a statement.

Perry described the Chinese regime as “an existential threat to American freedoms and liberties,” saying that the United States must deploy an all-of-government approach to combat its “malign behavior.”

“For decades, the aggressive, illegal behavior of the CCP has cost Americans millions of jobs, billions of dollars in intellectual property value, and the independence of our academic institutions,” he added.

Perry also announced the bill in a speech in front of the U.S. Capitol on Thursday, saying that the CCP “cannot be given a pass, cannot be absolved of justice, just because it’s ruling China.”