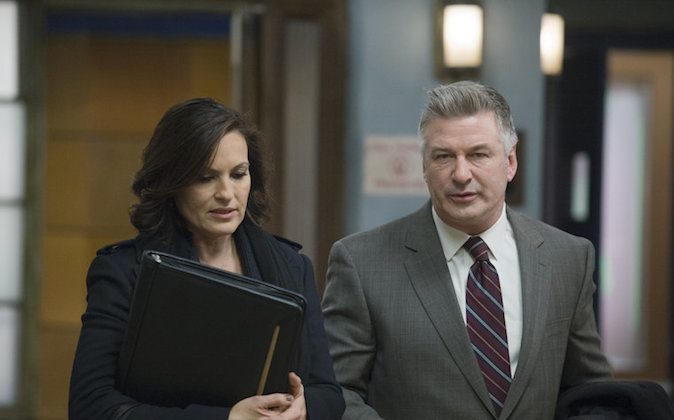 In this episode, Alec Baldwin plays Jimmy “Mac” McArthur, a New York City newspaper columnist, who, according to executive producer Warren Leight to E! Online, is larger-than-life, “like the last of a dying breed.”

Jimmy Mac weighs in on a rape crime in Central Park South. The victim is an Indian Islamic woman (Summer Bishil), and it looks like the rape is also a hate crime. Jimmy Mac, however, thinks its a hoax and proclaims it on the front page of the fictional newspaper, The New York Ledger, effectively throwing “a hand grenade into the case” for the SVU team.

Leight denials that he planned to have Baldwin return to television, and declares his admiration for the actor.

“He’s awfully believable as a hard-hitting Irish columnist,” Leight says. “We called him about it and I got about 20 words into the character description and he goes, ‘I optioned a book about a couple of these guys once. I wanted to play [real-life columnist] Mike McAlary in a movie…’ We had what we thought was the right part for him and it turns out he had wanted to play a New York City columnist for two decades.”