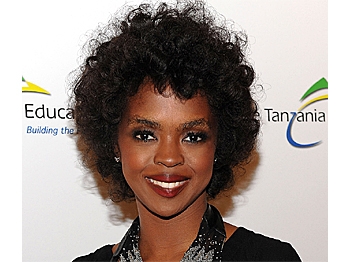 Lauryn Hill Returns to Billboard Charts, Will Perform at Rock the Bells

BY Alex Johnston TIMEAugust 20, 2010 PRINT
Lauryn Hill returned to the Billboard charts for the first time since 1999 as a lead artist, with her latest song “Repercussions” reaching the Hot R&B/Hip-Hop Songs chart at No. 94, according to Billboard.com.

In 1999, the West Orange, New Jersey native made her last debut on the charts when she released “Turn Your Lights Down Low,” which featured Bob Marley. The song reached No. 49 on the charts.

The former Fugees singer spent the majority of the 2000s not performing or recording any music or releasing many albums. The last studio album she recorded was her hugely-successful and critically-acclaimed The Miseducation of Lauryn Hill in 1998, which featured the chart topping “Doo Wop (That Thing).”

Several months ago, Hill conducted a rare interview with NPR and said she is happy to be performing and making music again.

“In fact, as musicians and artists, it's important we have an environment—and I guess when I say environment, I really mean the [music] industry that really nurtures these gifts,” she said on NPR.

“Oftentimes, the machine can overlook the need to take care of the people who produce the sounds that have a lot to do with the health and well-being of society, or at least some aspect of society.”

She performed at a music festival in New Zealand earlier this year.

Hill, 35, is set to perform at the Rock the Bells concert in Los Angeles, which starts on Aug. 21.