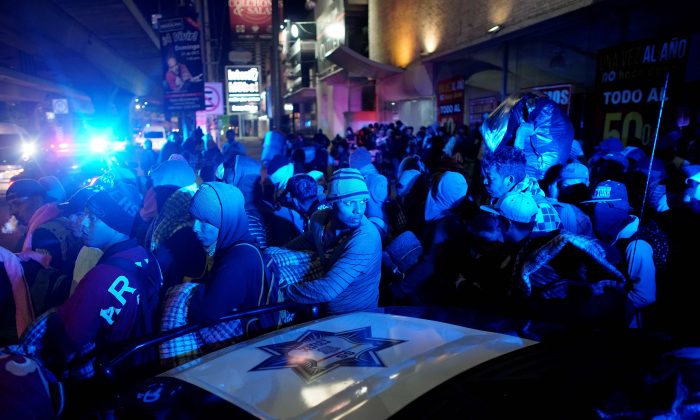 Migrants wait for transportation during their journey to the United States, in Mexico City, Mexico, on Jan. 31, 2019. (Alexandre Meneghini/Reuters)
World

MEXICO CITY—Thousands of U.S.-bound Central American migrants resumed their northern journey on Jan. 31. Mexico City officials said they are a part of a growing group of would-be asylum-seekers.

Around 2,400 migrants left a city shelter to begin the journey from the Mexican capital in the early morning hours on Jan. 31. It is the latest caravan heading to the U.S.-Mexican border.

Since last October, thousands of mostly Central American migrants have sought to cross into the United States, many traveling in caravans.

Migrants were carefully studying their options, hoping to improve their chances of crossing the border and being able to stay.

“I’m not thinking of going to (Mexican border city) Tijuana, but I will make it to Monterrey,” said fellow Honduran Oscar Lopez, referring to the northern city, which he thinks may offer easier access to cross the border.

Lopez, 33, was traveling with his wife and two children.

On Jan. 29, the United States government sent the first Central American asylum-seeker back to Mexico through the Tijuana border crossing, part of the new immigration policy pursued by the Trump administration.

The migrant-heavy border city was not happy about it.