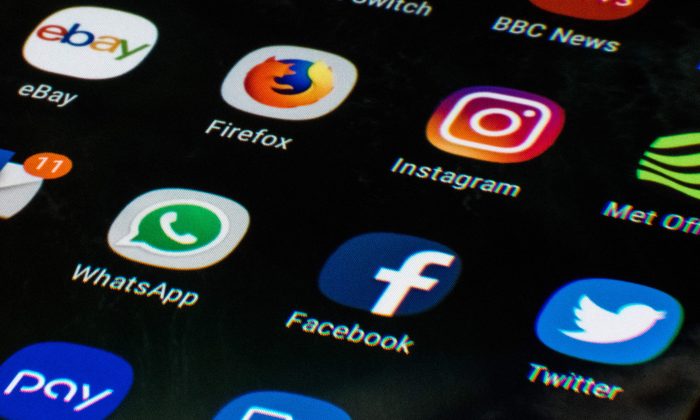 Last week, I wrote about my recent problems with Instagram.

After averaging 450 new followers a day since March, when I became active on Instagram, my number of new followers suddenly stopped growing. Dead stop. The count read 68.9K. It remained at 68.9K for over two weeks. Then, the number dropped by 100.

In response to my latest column, I received several letters from people complaining that they were unable to follow me on Instagram. One said: “My husband was reading your article this morning and told me about the issue. I immediately went on Instagram and attempted to find you. I could see your feed but was not able to follow.” Another said, “I hit follow, and it said it was private.”

I contacted Rick Chapman, whose work in technology and computer software began in 1978. His experience includes programming and sales marketing. He wrote “In Search of Stupidity: Over 20 Years of High-Tech Marketing Disasters,” which includes a chapter on Republicans and libertarians, whom he claims have been “banned or attacked” by large social media platforms.

Chapman calls the sudden flatlining of my number of Instagram followers “statistically impossible.”

After following Instagram’s complaint procedure to no avail, after writing a column about my frozen follower number, and after consulting with several people who made contact or tried to make contact with the company, I received a polite letter from a Facebook representative identified as working for its “U.S. Politics & Government Outreach” team.

The rep wrote: “Have you already reported these in the Instagram app? I will have them looked into right away. If you ever spot accounts pretending to be you, please know you can report them right away in the Instagram app or you can, of course, send me a link directly. Second, let me also look into your account more as soon as I can. I see robust growth over time, and it’s not unusual for growth to slow or accelerate during different periods.”

I responded that, yes, there are two accounts using my likeness that I didn’t authorize. But those fake accounts were there while I was averaging hundreds of new Instagram followers a day. As I told the rep, I strongly doubt that those accounts are the source of the problem.

Suddenly, after nearly two weeks of zero Instagram growth, my number of followers jumped by hundreds within a 24-hour period. It’s just like old times.

I responded: “Can you please advise what could have caused this particular piece of content to be flagged?”

The rep replied: “Unfortunately, this was just a mistake. Sometimes our policies capture false positives, as has happened in your case. We are following up to fix this so we can improve enforcement in the future.”

Chapman, the high-tech expert, doesn’t buy the Facebook rep’s innocent explanation. Chapman said: “The answer is because they can. And they’re not stopping. This attack on you is an example of how bold they’re becoming.”

In another example, Dr. Robert Epstein, a Harvard-educated psychologist who specializes in how search results can influence thinking and a self-described Hillary Clinton supporter, recently testified before Congress about what he called Google’s anti-Republican, anti-conservative bias.

“In 2016, biased search results generated by Google’s search algorithm likely impacted undecided voters in a way that gave at least 2.6 million votes to Hillary Clinton (whom I supported),” Epstein said. “I know this because I preserved more than 13,000 election-related searches conducted by a diverse group of Americans on Google, Bing, and Yahoo in the weeks leading up to the election, and Google search results—which dominate search in the U.S. and worldwide—were significantly biased in favor of Secretary Clinton in all 10 positions on the first page of search results in both blue states and red states.”

The challenge is for conservatives to invent and use alternative platforms not subject to liberal bias. For instance, in its June 2019 press release, a startup called Safe Space said it established its social media site for “conservatives frustrated over the censorship taking place on mainstream platforms.”

Safe Space’s CEO said: “Instead of begging Twitter and Facebook to change, or pretending Reddit isn’t a puppet for the Chinese, [we decided to] find a solution through capitalism. We’ve decided to offer a competing platform where no voices will be unfairly targeted.”

It’s come to this.