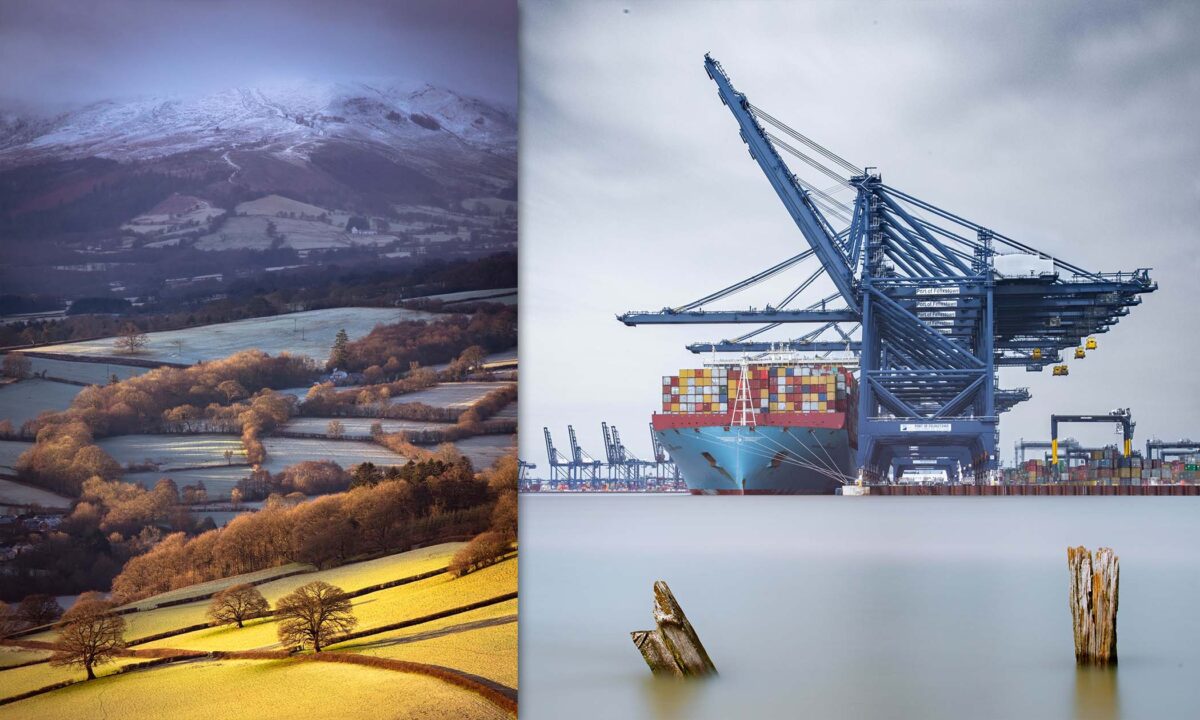 The top photo of Landscape Photographer of the Year 2022 portrays rural Britain seen through the eyes of one who lives and breathes its rustic yet timeless charm.

Now in its 15th year, the awards, founded by renowned British landscape photographer Charlie Waite, has selected its winners from among thousands of entries. Photographer Will Davies’s submission, a vast landscape titled “Brecon in Winter,” was the competition’s winner.

Davies’s picture depicts a westward view across the Brecon Beacons from the Pen y Crug hill fort, part of the Brecon Beacons National Park in south Wales. Seeming to capture two seasons in one frame, Davies’s vantage point allowed him to photograph distant snow-capped mountains and warm sunlight on rolling green hills in the foreground, simultaneously.

Landscape Photographer of the Year 2022

“I love this area in winter, the mountains somehow feel and look grander and wilder in the snow,” Davies said in a news release. “The weather was not looking promising as I hiked up in the dark, but luckily the sun broke through right at sunrise, just long enough to get this shot.”

The Young Landscape Photographer of the Year title went to Natasha Burns for her dreamlike image taken of Loch Creran in Argyll, Scotland, titled, “Dawn Reflection.” The loch is in a “beautiful forested glen” near her home, Burns said. She achieved her winning photo by setting out with her camera early in the morning.

Young Landscape Photographer of the Year 2022

“It was early and the loch looked magical, shrouded in mist and completely still,” Burns said. “I heard the sound of oars and saw the boat which was backlit with golden light.”

Burns’s photo demonstrates “a perfect sense of timing and exceptional previsualisation,” Waite said, and is an image that invites the viewer to enter “a dream world of mystery and wonder.”

Besides the overall and youth titles, the 2022 awards awarded prizes for sub-categories to honor other exceptional submissions.

Additional special awards featured the categories: Coast, Historic Britain, Lines in the Landscape, and Landscapes at Night. Entries were welcomed from photographers of any nationality, with photos showcasing anywhere in the UK, Isle of Man, or the Channel Islands.

Winners took home a portion of the total prize fund, worth in excess of 20,000 pounds (approx. US $23,120), and were included in a full-color book of best entries. All winning and commended photos are on display as part of a traveling exhibition in partnership with Network Rail, starting at London’s Paddington Station, and will tour the UK making stops at Manchester Piccadilly, Glasgow Central, and then back to London.