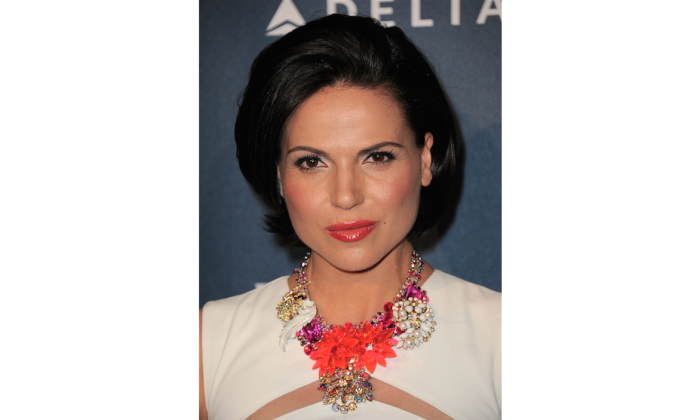 Lana Parrilla Twitter Chat #AskLana: Actress Hints at What’s Next on ‘Once Upon a Time’

During a twitter conversation with her fans, actress Lana Parrilla answered some tough questions, revealing much about herself and a little about the fantasy TV series “Once Upon a Time,” where she plays the Evil Queen and Regina Mills.

The actress told fans that she’s a slow typer. When a fan asked if she could measure up to 120 WPM, Parrilla said “Trust me, you got me beat!” Parrilla, a Brooklynite, loves Mexican food “Anything spicy!” and at the age of 8 she wanted to invent a mini VHS player. She said she likes to play softball and watch a game of baseball.

“Is Regina up to no good? She flashed a rather fishy smile when she was placing Zelena’s necklace in the box,” asked a fan. “She’s always has something up her sleeve…” Parrilla replied.

And then when asked if Emma is going to see Regina with Evil Queen clothes on, Parrilla replied “OOOOO, good idea… 😉 Stay tuned! Your wish may come true,” she wrote.

Parrilla also said she’s going to be in New York City on May 18th where she will join the AIDS walk in Central Park.

Fans who are interested in sending fan mail, can use the following address where Parrilla’s assistant will make sure everyone gets a response, wrote the actress.