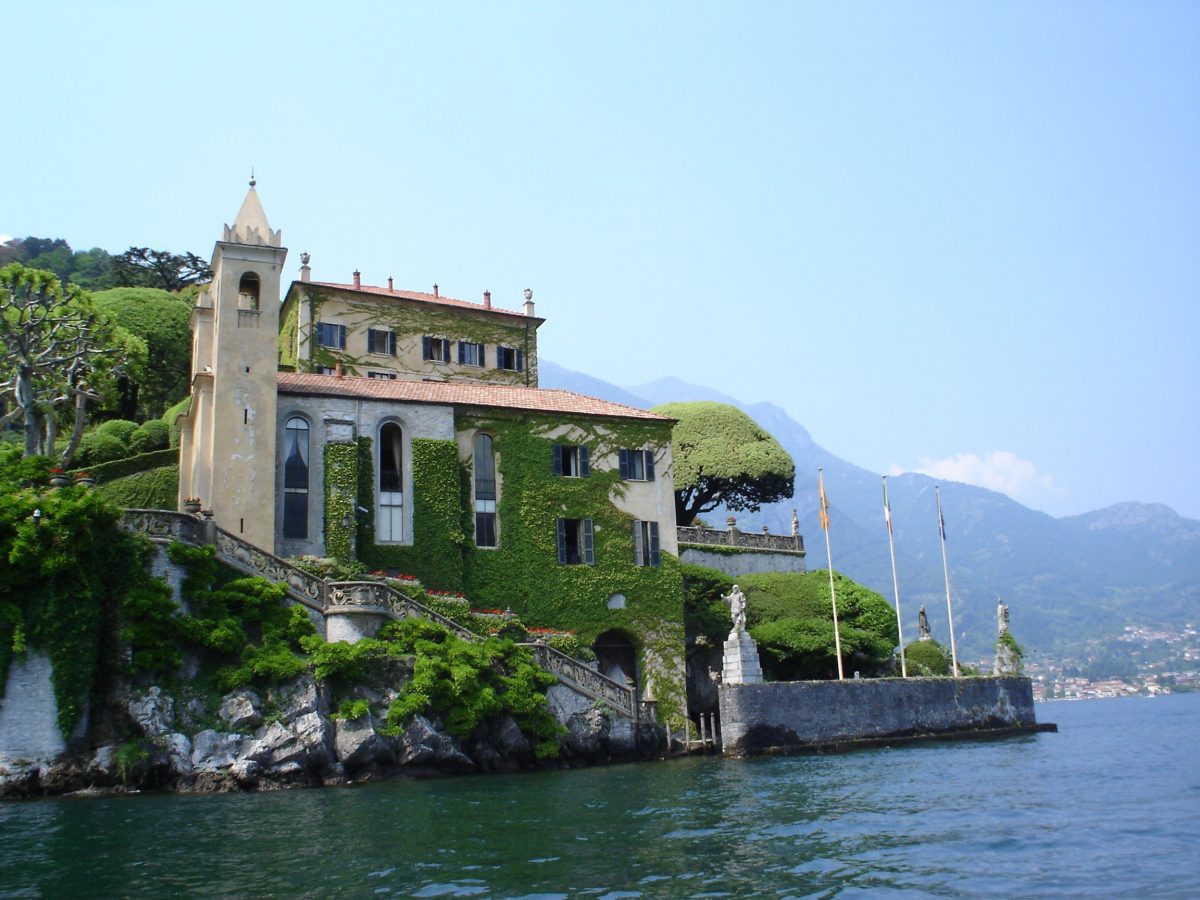 Lake Como is home to many magnificent villas. This one, Villa del Balbianello, was built in 1787 on the site of a Franciscan monastery and is famous for its elaborate terraced gardens. Scenes for several feature films have been shot there, including “A Month by the Lake” and “Casino Royale.” (Scott Thompson/Wikimedia Commons)
Travel

Lake Como: There’s More to It Than George Clooney

Northern Italy’s Lake Como, where Hollywood heartthrob George Clooney owns a villa, is rich in artistic and cultural gems and has been a popular retreat for nobility and the wealthy since Roman times.

Como (the town) so passionately honors its native sons that statues of Pliny the Elder and Pliny the Younger flank the entrance of the cathedral. Pliny the Elder fished out of a window of his villa. The Younger was an enthusiastic killer of Christians, but classical fame trumped spiritual slaughter. It’s fun to wonder how Clooney may or may not be immortalized, but his $25 million lake-side villa is just medium-grand compared to its neighbors.

Villa Carlotta, dating back to 1690 and open to visitors, hosted Napoleon, who looks down from a ceiling fresco upon a marble statue of Cupid and Psyche sculpted by Canova, a replica of the original now in the Hermitage in St. Petersburg. Other Canova works, such as the Repentant Magdalene, are centerpieces of the ground-floor rooms. Villa Carlotta’s glory is its extensive gardens with 150 varieties of azaleas frothing down a hill.

At the northern tip of Lake Como lies the village of Gravedona. The historic center begins at the harbor and can be reached by private or public boat from Como, Bellagio, and other towns around the legendary lake. Gravedona has an ancient castle and a 10th-century Romanesque church, a splendid view, and restaurants Rick Steves hasn’t discovered.

Memories are made in Gravedona, not souvenirs. A pleasant day trip from Como, situated at the southern end of the lake, could include a boat ride to Bellagio for some upscale shopping and a cappuccino. Take a photo of Clooney’s villa and visit Villa Carlotta along the way. From there, take a boat to Gravedona, where a short walk uphill provides a panoramic view of red tile roofs, the lake, and surrounding mountains. Then go down the winding stairs to Ristorante Ca De Matt, a 14th-century house that is now an intimate restaurant with a rooftop terrace.

Nearly everything on the menu at Ristorante Ca De Matt is grown or made within 3 miles. The restaurant is not part of the “farm to fork” craze—it predates it. The pasta is made in-house; the bread is from a local baker; the cheese, meats, and produce are from local artisans and farmers; and the fish is from the lake. The owner describes the food as “typical,” but typical here is extraordinary in cosmopolitan restaurants.

Memories are made in Gravedona, not souvenirs.

On the lake-side lane, a shooting star above a sign reading “Presepe” suggests that a nativity scene is behind the wooden door of a 17th-century stone house. This Neapolitan tradition found its way to Gravedona after the presepe was displayed in nearby Colonno in 2009 by craftsman Giacomo Brambilita. When he died, the town council of Gravedona rescued it, and the Motti family donated the chapel of their family home for a display room. With 200 dioramas and 1,300 characters, half of them animated, the scenes range from Alpine to Palestine, from the desert of the Magi to the shores of Lake Como.

Strolling along the lake, it is impossible to miss Santa Maria del Tiglio, an 11th-century church of white marble and black stone. It was built on a Roman temple, and a portion of the Roman mosaic floor endures. Traces of Christian frescos remain. A German text dating back centuries speaks of a fresco depicting “The Adoration of the Magi” that shone for two days with its own light. In this stony, sacred space, the miracle can be imagined and even believed.

No Italian excursion is complete without gelato, and the mayor of Gravedona assured me that La Carapina has the best gelato in the world. He recommends the pistachio. They close for a long lunch, according to Italian tradition, so I was unable to taste it. The good news is that gelaterias in tourist-clogged locations do not close for lunch. English poet William Wordsworth said Lake Como is “a treasure which the earth keeps to itself.” That is no longer true of most villages on the lake, but Wordsworth would agree it still applies to Gravedona.

A Journey to the 17th Century

After a splendid dinner at Il Corazziere, a rural resort near the lake, I was invited to tour the old mill. I walked up the creaky stairs of the mill house and stepped back in time. For a moment I wondered if the beer risotto, made from the chef’s family recipe, had altered my senses, but the wooden floor really was populated by people dressed as peasants. The men and little boys held pan flutes, and the women had haloes of sliver pins that looked like the ends of antique table utensils.

The men began to play and the women began to dance, clogs plunking on the wooden boards. The music evoked the peasants’s hard work in the fields and silk mills and the joy of a less complicated era when a good harvest and a good marriage were cornerstones of satisfaction. I was transported to their world and forgot my bundle of contemporary concerns: finding my way to the airport and fitting everything into one suitcase.

The group is named I Bej, which means “beautiful” in Italy’s former peasant region of Brianza, near Lake Como. In 1927, friends in the Commune of Erba decided to keep the Brianza culture alive by performing music and dance of the 17th century. The men play pan flutes crafted by local artisans. I Bej plays 25 pan flutes of seven sizes, the largest having 32 pipes. They have performed at folk festivals around Europe and as far away as China. They often enliven the region’s small villages with impromptu performances on summer Sunday afternoons.

The women’s silver headgear, the raggiera, was worn until the 19th century in this region. To wear the raggiera, hair is braided and then twisted into a bun. Silver pins that look like spoon handles are affixed to the hair, achieving a halo effect. The pins are given as gifts on special occasions. When a girl marries, her groom gives her a spoon-shaped pin, larger than the others.

The raggieras held firm during the lively folk dances. The dances, lyrics, and music have been handed down through the centuries, and are still handed down—not written down. Traditions are upheld. The magic lasted until the I Bej families got into their cars and drove away, talking on cell phones.

Carol Stigger is a Chicago-based writer, teacher, and traveler who specializes in developing-nation issues, microfinance, and leisure travel.

From Como to Expo

This year, Italy is hosting Expo 2015 in Milan from May through October. The theme is “Feeding the Planet,” and more than 140 countries are participating with exhibits, entertainment, demonstrations, and innovations. It will be difficult to secure a hotel room in Milan during Expo, but Como is just a 30-minute train ride away. Lake Como’s hotels suit all budgets, including several five-star hotels. More than 20 million people are expected to visit Expo during its six-month run. After a once-in-a-lifetime global extravaganza, it would be good to board a train and relax around the gentle curves of Lake Como. 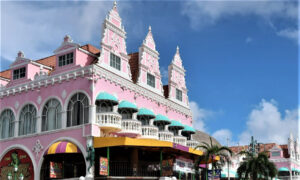 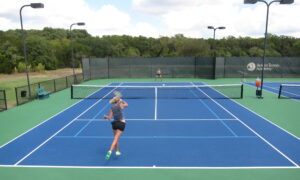 TravelBy Carol Stigger
Happy Campers: Tennis Camps Are a Great Way to Combine a Vacation With Learning How to Be a Better Player
03-19-2015
sharecomments 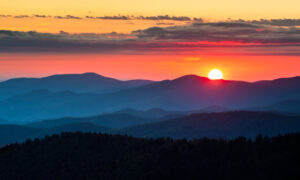 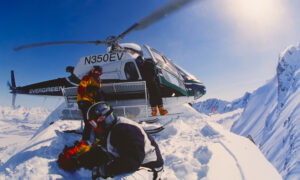 DestinationsBy Carol Stigger
Heli-Skiing: A Skier’s Trip of a Lifetime—Is It Extreme or Safe?
03-19-2015
sharecomments 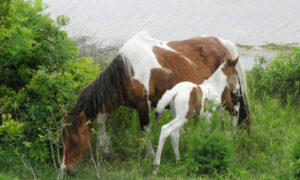