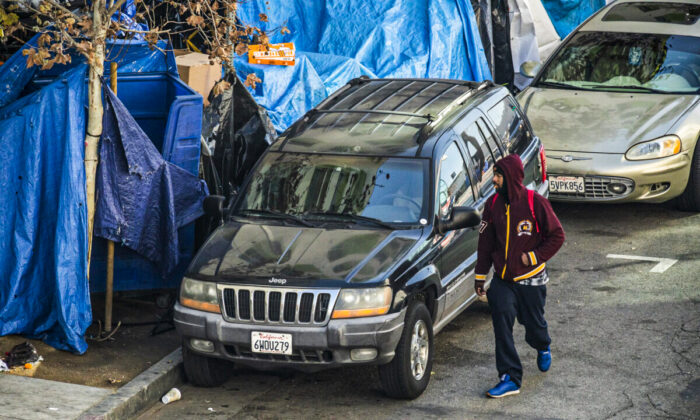 Los Angeles County has significant gaps in its strategy to address homelessness and needs to make changes to adequately provide services to its homeless population, according to a recent county-commissioned report.

“We have not evolved at the pace required to meet the vast needs on our streets,” reads the March 30 report by The Blue Ribbon Commission on Homelessness, which was created last year to assess the homeless response in the county. “Now is the time to reject the status quo and bring new life, new ideas, and new partners into the arena to support those that work to improve our system every day.”

The report states that the main issue is that there’s no designated county department or authority exclusively responsible for leading on homelessness, and it recommended that Los Angeles County establish a lead county entity on homelessness that’s directly accountable to the Board of Supervisors.

Up until now, the county has relied on the Los Angeles Homeless Services Authority (LAHSA)—which was co-created by the mayor, county supervisors, and city council in 1993 to coordinate joint county and city homeless programs.

While the report credits the agency with its handling of homelessness thus far—particularly during the COVID-19 pandemic—it states that the agency is operating beyond its intended capacity, and this raises several issues with the county’s dependence on the program.

“Many have commented that LAHSA has struggled in its expanded role,” the report reads.

The report recommends that the region decide what LAHSA’s role will be going forward—whether it will only deal with the disbursement of federal homeless funds and housing as originally intended or it will be a “service provider, policymaker, advocate, and contracting agent that administers federal, state, and local funds, all in one” as it is now.

“If LAHSA is to engage in all lines of business, some question whether LAHSA, as it exists today, is designed to handle an operation of the complexity and size those roles demand,” the report reads.

In addition, the report states that LAHSA has too many governing bodies within the organization, without “clear lines of authority” as to final decision-making.

The report recommends that Los Angeles County establish a new county entity on homelessness with a new leadership position, along with additional infrastructure and workgroups created in different regions.

LAHSA’s operations would be streamlined, and its role possibly redefined to focus on rehousing efforts. The agency’s decision-making responsibilities would be defined and designated to a specific entity within the department, and an embedded “Ops Team” of experts would be created to improve LAHSA’s operations.

The report also recommends that LAHSA’s commission board maintain its 10 seats, but change who sits on them to county department heads, individuals with lived homeless experience, or city representatives to better represent the needs of unhoused people.

However, the report isn’t clear on who would choose the new commissioners. LAHSA commissioners are now appointed by the mayor, county supervisors, and city council members.

Supervisor Kathryn Barger, who co-authored the motion creating the Blue Ribbon Commission, commended the report in a March 30 statement and called on her fellow supervisors to adopt the report’s recommendations.

“The recommendations proposed are pragmatic and visionary,” Barger said. “I’m a firm believer that to effectively manage a crisis, there must be a lead entity at the helm. We are in desperate need of a single and accountable County entity that is empowered to lead homeless services coordination and is resourced to do so. Thanks to [the commission’s] efforts, our County’s Board of Supervisors can now deliberate and take action. We can’t afford to miss this window of opportunity to create change and embrace reform.”

Rev. Andy Bales, CEO of the Union Rescue Mission on downtown’s Skid Row, said in the same statement released by Barger’s office that the county needs to reform its system at a “governance level.”

“LAHSA, the county and city of LA have hampered their effectiveness by limiting themselves to a narrow scope of homelessness solutions,” Bales said. “What’s sorely missing is the opportunity to creatively coordinate immediate triage care, mental health support, innovative affordable housing, and the creation of recovery communities. That’s how we’ll be able to dig ourselves out of the mess we’re currently witnessing and living in.”