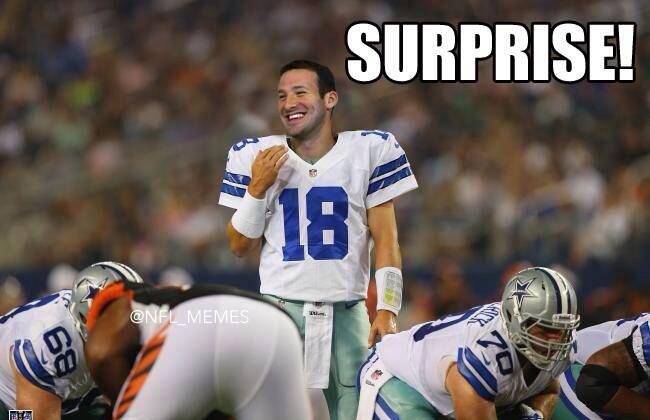 The term “Kyle Romo” trended on Twitter on Sunday night following the Dallas Cowboys and Philadelphia Eagles game, appearing to be from the scores of tweets about injured Cowboys quarterback Tony Romo and his replacement Kyle Orton.

The Cowboys ended losing 22-24, after Orton threw an interception late in the fourth quarter.

However, people were joking that Orton took his inspiration for the interception from Romo.

“Kyle Orton response when questioned about last minute INT. ‘I learned from the best , Romo was my inspiration’ enjoy the off season Boys,” said one Twitter user.

“Kyle Romo” isn’t a QB. But he is trending… pic.twitter.com/bUhxELcwws

“Kyle Orton had to pull the romo, still upset about that I couldve made that throw,” said another.

Others said Orton did much better than Romo would have.

“Don’t feel bad Kyle Orton, you performed better than Tony Romo EVER will,” said one.