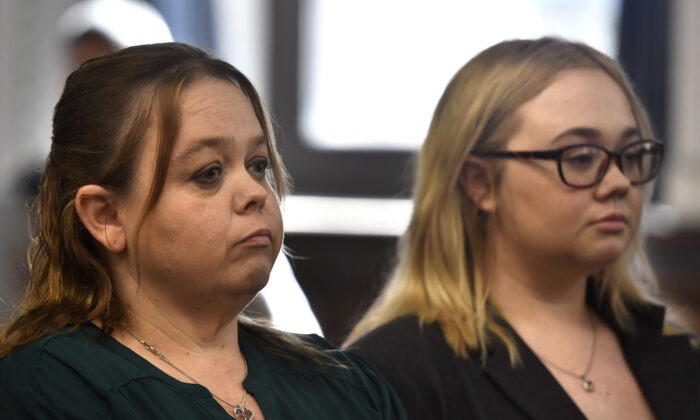 The mother of Kyle Rittenhouse on Thursday said that she was upset by President Joe Biden calling her son a white supremacist, saying the Democrat defamed the teenager.

“When I saw that I was shocked, I was angry,” Wendy Rittenhouse said during an appearance on Fox News. “President Biden don’t know my son whatsoever. He’s not a white supremacist. He’s not a racist.”

While running for the presidency last year, Biden shared a video on social media with the caption saying that then-President Donald Trump “refused to disavow white supremacists on the debate stage last night.”

The video included a photograph of Rittenhouse in Kenosha, Wisconsin.

“He did that for the votes, and I was so angry for a while at him and what he did to my son—he defamed him,” Wendy Rittenhouse said in the new interview.

There’s been no evidence put forth in the public sphere that indicates Rittenhouse holds white supremacist views.

The teenager is on trial for shooting three white men in Kenosha amid rioting there in August 2020. Two died.

Rittenhouse and his defense team say he acted in self-defense, noting the men either attacked or made to attack the teen. Prosecutors say Rittenhouse was trigger-happy and shouldn’t have fired upon the men.

Rittenhouse faces up to life in prison if convicted on the most-serious charge, first-degree homicide. Rittenhouse was also charged with illegally possessing a weapon because he was 17 at the time, and reckless endangerment.

Jurors are set to weigh whether to convict him next week following closing arguments.

Wendy Rittenhouse, who has attended the trial in-person, said she thought her son was going to die when she watched footage that showed one man moving to kick the teen and another pointing a gun at him.

She said her son has nightmares from what transpired.

The mother also said she believes Kenosha County Judge Bruce Schroeder, who is presiding over the trial, is fair.

Asked about the jury, she added, “They’ve been keeping a close eye on every evidence, every testimony, and they’re paying good attention what’s been said that’s the truth.”