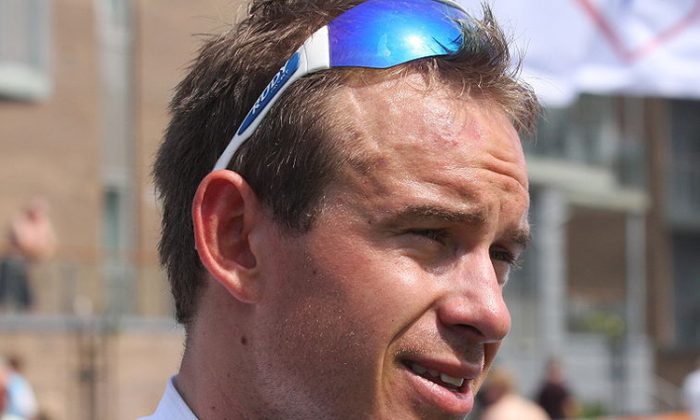 Katusha rider Alexander Kristoff sprinted to his first international victory in Stage 3a of the Driedaagse De Panne. (Wikimedia)
Cycling

Katusha’s Alexander Kristoff earned his first international victory by winning the bunch sprint at the ends of Stage 3a of the Driedaagse De Panne cycling race. The Norwegian sprinter, riding for Katusha, got a operfect kleadoput and made the most of it, sprinting over the rough cobbles to cross the line first by a meter.

“I did it in 2010 also, so I remember the cobbles, and I also saw it one time before the finish line,” Kristoff told Sporza TV, according to Velonation.com. “It’s difficult; sprinting on cobbles is not so easy, your wheels are jumping around; but I felt strong and the team did a very good effort, keeping me in the front.

“I had the best lead-out at the end and I could save energy in the last few K’s and in the sprint I felt strong,” the Norwegian explained. “Okay, I started a bit early, and almost, at the end, some guys come on my side, but I managed to hold them off.”

“I’m really happy with the victory,” he added.

Despite a pair of crashes in the final there kilometers, Katusha remained undistracted and got their man, Alexander Kristoff, to the 250-meter mark in the lead, and the 25-year-old Norwegian sprinter did the rest.

Despite holding the leader’s jersey for two stages, Kristoff would be sorely challenged in the final 14.7-km timer trial; the top 42 riders, including some TT specialists, were within 12 seconds of the Katusha rider’s time.