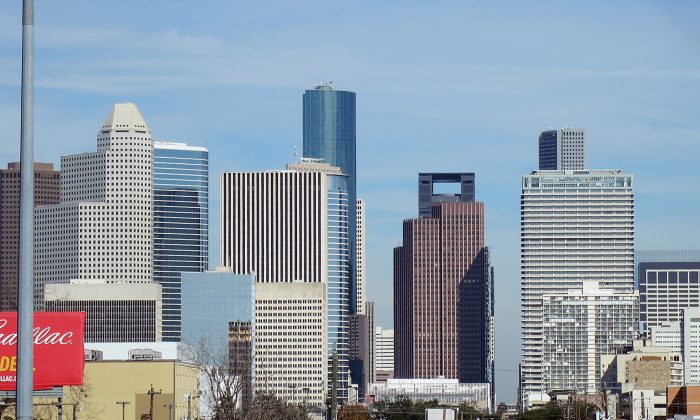 HOUSTON—”I was very impressed, and I didn’t know that China was so rich in culture,” said Leo Kim, a business consultant, after experiencing Shen Yun Performing Arts at Houston’s Jones Hall for the Performing Arts on Dec. 29.

Mr. Kim, a second-generation Korean who was born in America, added that he was amazed with how “there are so many costumes and so many emotions.”

The similarities between both Eastern cultures stood out to Mr. Kim: “I know [the Chinese] influenced the Korean culture a lot, so I kind of see some similarities with these two things.”

“Through the universal language of music and dance, Shen Yun weaves a wondrous tapestry of heavenly realms, ancient legends, and modern heroic tales, taking you on a journey through 5,000 years of Chinese culture,” reads the Shen Yun website. “Its stunning beauty and tremendous energy leave audiences uplifted and inspired.”

Such energy was not lost upon Mr. Kim.

“This is interesting. To hear how everything works well together—the costumes, the music, and the beautiful backgrounds—it’s beautiful to watch,” he said.

He added that the orchestra, which combines the beauty and distinctiveness of Chinese sounds with the power and precision of a Western orchestra, was the most impressive aspect of the performance. “What I really, really like was the orchestra,” he said.

“It’s just the way it sounds … I kept looking down at this, because it’s really interesting to me.”

Mr. Kim took special note of the breadth of spirituality displayed during the performance. He added that religion and spirituality “is very important, and for any person, any culture.”

Shen Yun’s mission is to revive 5,000 years of divine Chinese culture, a culture nearly brought to extinction by 60 years of the current regime’s rule.

“The Chinese used to put a strong importance on religion,” added Mr. Kim. “I think that’s an amazing thing that you guys are doing.”

Mr. Kim said that he came to the performance after a friend strongly recommended it to him. So to return the favor given to him, Mr. Kim concluded that he “will definitely recommend it to a lot of people.”