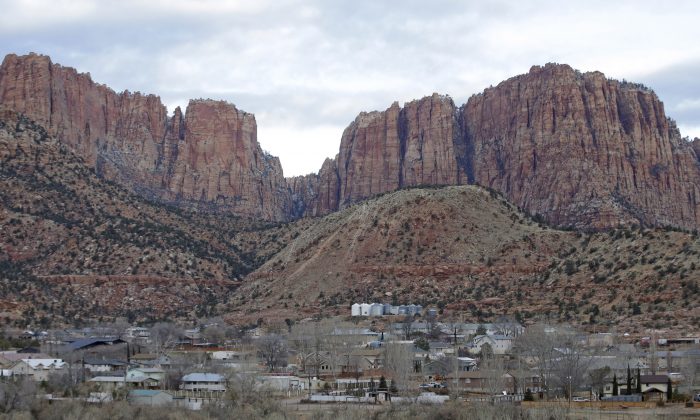 Hildale, Utah, sitting at the base of Red Rock Cliff mountains, with its sister city, Colorado City, Ariz., in the foreground. A federal judge in Utah began hearing evidence Monday, Jan. 25, 2016, in a child labor case involving a Utah polygamous sect, including testimony from a former member who says she would have been kicked out of the group if she didn't work on a pecan harvest. (AP Photo/Rick Bowmer, File)
US

SALT LAKE CITY— A federal judge has heard from five children and teenagers who say they were pulled out of class to work long hours picking pecans at a Utah ranch while they were growing up in a polygamous group.

The testimony in Salt Lake City on Tuesday comes after labor lawyers asked a judge to sanction the company accused of using 1,400 unpaid laborers, including 175 children, during a 2012 harvest.

The U.S. Department of Labor says Hurricane-based Paragon Contractors has deep connections to the Fundamentalist Church of Jesus Christ of Latter-Day Saints and broke a previous order against using child labor during the harvest taped by news cameras about 300 miles south of Salt Lake City.

The company denies wrongdoing, saying the women and children volunteered to collect fallen nuts and kept some for themselves.