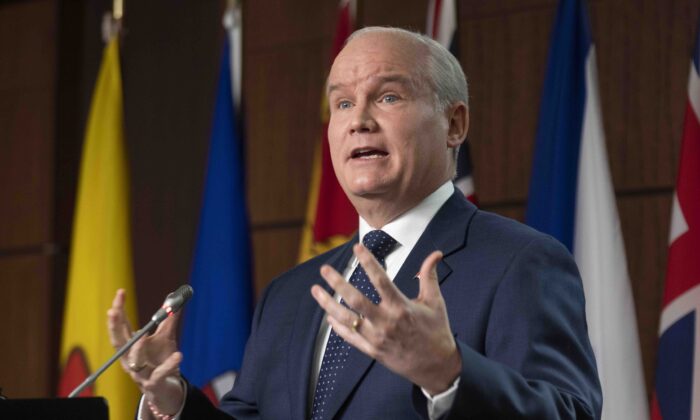 OTTAWA—Conservative Leader Erin O’Toole is to learn Wednesday from the Tory caucus whether he will remain as party leader. Here are some key players who have been involved in calls for his leadership to be reviewed.

Garnett Genuis—The Alberta MP is one of the signatories to a letter endorsed by around one-third of O’Toole’s 118-member caucus who want him removed as leader. Genuis, who O’Toole picked to serve as his critic for international development and human rights, initially urged Conservatives to rally behind the leader after last year’s election loss. Now, he says, that’s changed.

Sen. Denise Batters—The longtime Conservative launched a petition last November for party members to sign if they wanted to see O’Toole’s leadership reviewed earlier than the scheduled date of 2023. Batters said O’Toole flip-flopped on party policies around gun control and the carbon tax, which made him untrustworthy to Canadians. O’Toole then removed her from his national caucus, but both the Tory Senate caucus and Saskatchewan regional caucus decided she could stay, highlighting the rifts he faces.

Shannon Stubbs—Last fall, the Alberta MP called for O’Toole’s leadership to be reviewed by members within six months because of changes he was making to the party. She said her share of the vote dropped in last year’s election and wanted to see O’Toole outline how he would keep traditional Conservative voters in the fold who feel alienated by promises he made around spending.

Mark Strahl—The British Columbia MP and former Tory whip has publicly criticized O’Toole for not being consistent in his messages around vaccine mandates, which is something other critics of his have echoed. O’Toole has been under pressure from Strahl along with other MPs to adopt a tougher stand against a controversial secularism law in Quebec.

Pierre Poilievre—The high-profile finance critic and Ottawa-area MP is regarded as a possible next in line for party leader if O’Toole loses the leadership vote. After last year’s election Poilivere said the party already had a leader and he had no interest in running. However, he is deeply popular among the Conservative grassroots. In 2020, Poilivere planned to enter the party’s leadership race that O’Toole eventually won, but he pulled out before an official launch saying the race would take away time spent with his young family.