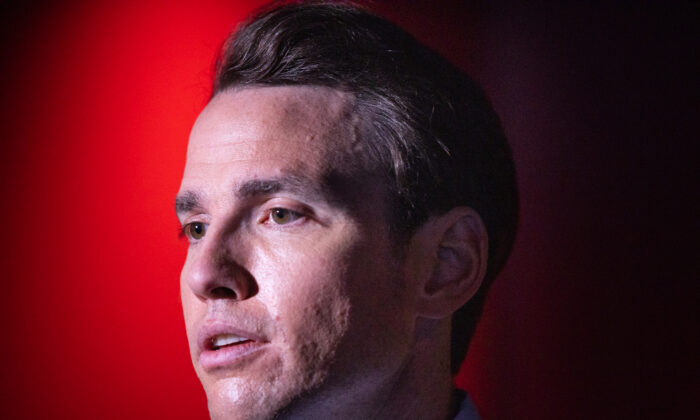 Since joining the legislature, Kiley served on the committee that reviews all education legislation before it receives a full vote by the state Assembly.

Kiley, who has spoken out against statewide mandates in K–12 schools regarding COVID-19 and critical race theory (CRT), was taken by surprise when he received the announcement on Dec. 27.

State Assembly Speaker Anthony Rendon removed Kiley with “no official reason given” to him, Kiley told The Epoch Times.

“Without any notification or any warning, I was taken off this committee that I’ve been on for all my five years in the legislature.”

However, a spokesperson from Rendon’s office claimed his removal wasn’t targeted.

“The Speaker makes regular changes to the makeup of Assembly committees,” spokeswoman Katie Talbot told The Epoch Times in an email. “This change was one of more than 20 changes made to committees that day—none of which were retaliatory.”

Still, the Assemblyman speculates his tendency to speak out against education throughout the state is the cause of his removal.

“I’ve been an outspoken critic of the corrupt education policies of Gavin Newsom in our legislature,” Kiley said. “I’ve taken a long-standing critic of the failure to serve our students.”

During his time on the education committee, Kiley advocated and attempted to introduce legislation to open schools amid the COVID-19 pandemic.

“All of that did not go over well with the leaders of the legislator and the governor,” Kiley said.

He also pushed for school choice and made efforts to put the needs of students first, he said.

“I have actively questioned authors who bring bills to our committee that are not in the interest of students,” Kiley said. “I made them justify their bills. I asked them tough questions.”

With Kiley being off the committee, he said he fears questionable education legislation will be passed without a second thought.

Although Kiley’s time as vice chair has come to an end, he said he anticipates using his position as a member of the legislature to continue to speak out against the K–12 CRT curriculum, COVID-19 mandates, sex education curricula, and potential attempts to close schools again.

“This attempted retaliation is only going to make me more vocal in trying to get our state on the right course,” Kiley said.

Assemblywoman Megan Dahle (R-Bieber) of California’s first district, serving a portion of Northern California counties, has assumed the role of vice chair of the Education Committee.