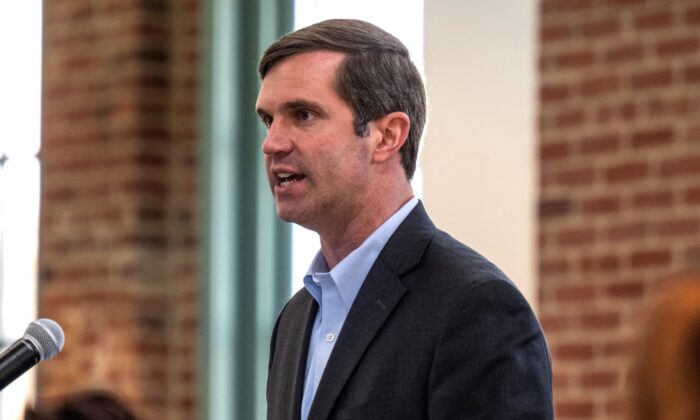 The Kentucky House of Representatives voted 31–6 and the Kentucky Senate voted 76–21 to override the veto by Beshear, a Democrat.

Among the provisions: making a person who “intentionally, knowingly, or recklessly performs an abortion upon a minor without obtaining the required consent” guilty of a felony; requiring every abortion to be reported to the state government, with details including the name and address of the physician who performed the procedure; and establishing requirements for doctors who provide abortion-inducing drugs.

Beshear said he vetoed the measure because it lacked exceptions for rape or incest and because it bans abortion after 15 weeks of pregnancy, down from 20 weeks.

Kentucky Rep. Rachel Roberts, a Democrat who has said she was raped when she was 14, said on the House floor that she opposed the legislation for similar reasons.

State Rep. Norma Kirk-McCormick, a Republican who voted for the bill, said, “The abortion of a baby is plain wrong, and I pray that God would have mercy on anyone that would take the life of a child.”

“There’s so many people out there that would love to adopt a child … but we’re slaughtering them as fast as they can get an abortion in an abortion clinic,” she added.

Planned Parenthood and the American Civil Liberties Union vowed to file a lawsuit against the law.

“No one should be forced to carry a pregnancy against their will. We’ll see Kentucky in court,” the union said in a statement.

Marjorie Dannenfelser, president of the Susan B. Anthony List, was among those cheering the votes.

“We’re proud of the Kentucky Legislature for standing up to pro-abortion Governor Beshear,” Dannenfelser said in a statement. “Beshear is an extremist who regularly sides with the abortion lobby against constituents and must be held accountable.

“Like most Americans, Kentuckians want commonsense safeguards for unborn babies and their mothers and reject abortion on demand. We thank all our allies who fought to get this legislation across the finish line, and we hope the U.S. Supreme Court will soon allow the people and their legislators nationwide to enact laws that save lives.”