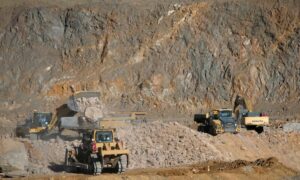 Kenan Adams Kinard, who was born sometime in 1997, was identified as the second suspect in the beating death of Delbert Belton, a World War II veteran, in Spokane, Washington.

It was earlier reported that Kinard was possibly driving a stolen vehicle.

The other suspect, 16-year-old Demetrius Glenn, turned himself into police on Friday. He was charged with murder and robbery.

Belton served during the Battle of Okinawa in World War II, taking a bullet in the leg. He was assaulted in his vehicle outside of a lounge.

“It does appear random,” Spokane police Lt. Mark Griffiths told CNN of the incident. “It appears [Belton] was assaulted in the parking lot and there was no indication that he would have known these people prior to the assault.”

Reports said that the two suspects beat Belton with flashlights.

“He didn’t drive a big fancy car. He didn’t dress in expensive clothes. He didn’t have a lot of money. He had very little money,” daughter-in-law Barbara Belton told the network. “What did they think they were going to get from this man?”