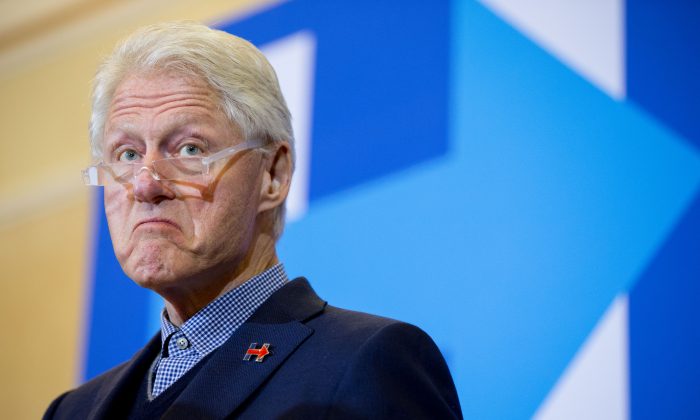 One of the women who has accused former president Bill Clinton of sexual assault has spoken out again, urging women who may have also been victims to come forward.

“I would just like to encourage any woman who has suffered at the hands of Bill Clinton to please try to find the courage and bravery to come forth. Because it’s okay now. Nobody can hurt you now. It’s as simple as that,” Kathleen Willey said on Aaron Klein Investigative Radio, a Sunday program, according to Breitbart.

“Nobody can touch you now. The word is out. You will be okay but you will be doing the right thing for all the right reasons and you will be helping your fellow sisters.”

Willey’s comments came just days after Juanita Broaddrick, another of Clinton’s accusers, spoke out and said the nation should not elect Clinton’s wife Hillary as president.


And like Broaddrick, Willey expressed her support of Donald Trump, who helped bring the subject back in the news by complaining of Bill Clinton’s “terrible record of women abuse” after Hillary claimed the billionaire exhibits a “penchant for sexism.”

“Thank you very much, Mr. Trump, for asking the right question at the right time. And please keep asking more,” Willey said.

She said she has received numerous threats over the years, but those have died down.