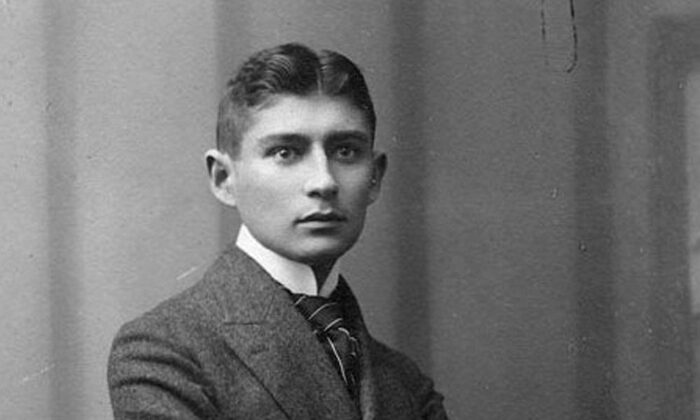 But increasingly a tyranny of self-proclaimed virtue seems to be the aim of university-trained intellectuals who, in the name of their own beneficence, seek to silence those whose opinions they find objectionable. It is the very class that one might have supposed had most to fear from censorship, both legal and extra-legal, that most strongly advocates it.

Freedom of opinion and expression has long been in retreat in Britain, but even by declining standards of such freedom the arrest of a 35 year-old man called Joseph Kelly in Glasgow represents a nadir—for the moment, that is. If the trend continues, we can confidently expect many more such nadirs.

Kelly was charged with Orwellian sounding “communication offences” for having posted an offensive tweet shortly after a man called captain Tom Moore had died, aged nearly 101.

Moore, a veteran of the Second World War, had recently come to national prominence when, aged 99, he promised to walk up and down his garden a hundred times in order to raise money for the National Health Service.

By the time he finished, he had raised about $40 million and was a popular hero; he was knighted for his efforts. Shortly after Moore died, either of or with COVID, the Prime Minister, with the typical bad taste, emotional incontinence and kitschy insincerity of the born demagogue in search of votes, led not a minute’s collective silence, but a minute of collective clapping, for Moore’s memory.

By contrast, Kelly tweeted: ‘The only good Brit soldier is a dead one, burn auld fella, buuuuurn.’

This was indeed vile, and not very clever either, but by no stretch of the imagination could it be called a personal threat or an incitement to violence. It was the expression of a crude and uncouth opinion, an eructation of a festering, and no doubt dishonest, resentment. But the vileness of Joseph Kelly’s tweet is hardly the point.

Someone complained about it to the police, and the police arrested Kelly. Obviously, Kafka’s “The Trial” has become not a warning to, but a blueprint for, Scotland. As the novel’s opening lines say: “Someone must have slandered Joseph K., for one morning, without having done anything truly wrong, he was arrested.”

The Scottish police, avid readers of Kafka no doubt, must have thought it only too appropriate to make an example of a man whose initials were J.K. and whose first name was Joseph.

One of the most significant aspects of the story is that the person who saw Kelly’s tweet thought it right and proper to complain about it to the police, like a child complaining to a teacher that little Johnny had pinched him or her. No adult would have behaved like this even a few years ago, and if he had, the police would only have laughed at him and told him to go away.

There has been an astonishing change in cultural atmosphere with regard to free speech in the last quarter century. In the middle of the 1990s I wrote an article which displeased a certain pressure group, one of whose senior members wrote to the chief executive of my hospital to complain, and even to ask for my dismissal.

The chief executive replied that he was sorry the complainant was upset, but that it was a free country and I could say what I liked.

I doubt whether any hospital chief executive would write—dare to write—in such forthright terms nowadays; a certain robustness in the defence of freedom was then still possible.

As Mr A….. was a drunk, did beat his wife, and had no illness, it was likewise true that I was not prepared to sign a sick certificate for him, and that was the end of the matter. I dare say it would not be the end now. Truth is no longer a defence against having the charge of having caused alleged emotional hurt.

What seems to me clear is that central governments and the managers of lesser or subordinate institutions, such as the police and universities, increasingly think of themselves in the way that Stalin thought, or said that he thought, of writers: namely as the engineers of souls.

This they deem to be necessary because, left to themselves, people are inclined to think the wrong thoughts, and wrong thoughts are very dangerous, especially to those who invariably have the right thoughts.

Indeed, so dangerous are wrong ideas that their expression should either be criminalized or those who express them socially marginalized, preferably ostracized; but since prevention is better than cure, children, adolescents and young adults should be immunised against them by indoctrination.

In effect, a large number of people, especially in universities, now dream of a world in which nobody has bad thoughts or bad feelings—bad as defined by them, of course. Such a world would have to be highly policed at first, no doubt, but with modern techniques of surveillance, that should pose no insuperable problems.

The case of Joseph K.—sorry, I mean Joseph Kelly—shows the way forward. In due course, however, such surveillance would become unnecessary; it would wither away, just as the state, in the new, fully human society as envisaged by Marx, would wither away.

As no one in Marx’s society would desire any economic or social privileges for himself, so in the society in which all Joseph Kellys had been silenced, no one would be able to express, or even to think, vile thoughts such as his.

After all, what is thought if not a matter of habit? Thus, offence could neither be given nor taken by anyone, and the uttermost harmony would reign for ever and ever, amen.