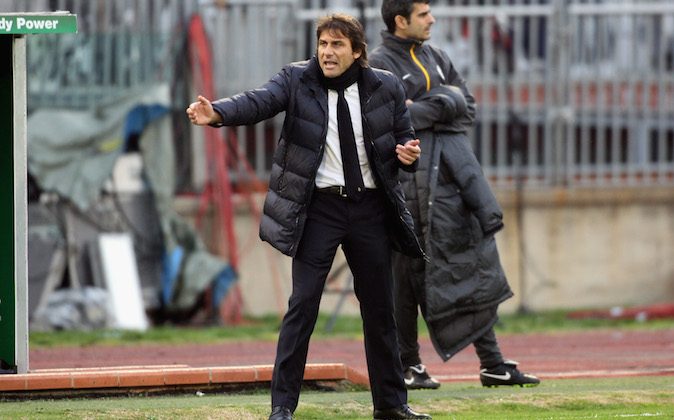 Antonio Conte coach of Juventus reacts during the Serie A match between Cagliari Calcio and Juventus at Stadio Sant'Elia on January 12, 2014 in Cagliari, Italy. (Photo by Enrico Locci/Getty Images)
Soccer

The Juventus vs Cagliari Serie A match is set for Sunday, May 18.

The game will also air on RAI International and beIN Sports en Español in the United States.

Not content with winning a third straight Italian league title and setting a new Serie A points record, Juventus is eyeing another important marker when it hosts Cagliari in what would be an otherwise meaningless final match of the season.

Victory at home would see Juventus become the first club in Europe’s major leagues to earn 102 points in a season, beating the previous best of 100, set by Barcelona and Real Madrid.

“It’s an important goal,” key playmaker Andrea Pirlo said. “We have the opportunity to reach it and we won’t let it escape.”

Juventus has won all 18 of its matches at home this season and will be expecting to cap off a fantastic season by extending that perfect run.

There will be a party atmosphere at Juventus Stadium on Sunday, with the presentation of the Serie A trophy before an open-top bus parade through the city.

As well as this year’s trophy, Juventus will take with it those from the past two years as well — highlighting its impressive achievement of three straight titles.

However, there will be an underlying air of concern among the fans, with speculation surrounding the future of the coach who won them the trophies.

Antonio Conte has yet to commit to Juventus, sparking fears that the match against Cagliari could also mark his farewell.

“In three years he has led us to win three league titles,” Italy and Juventus midfielder Andrea Pirlo said. “I hope it’s not our last match with him.”

Conte has a year remaining on his contract.