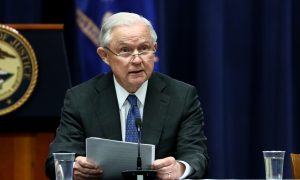 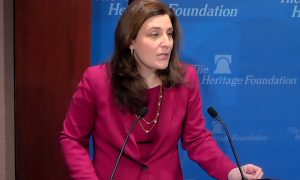 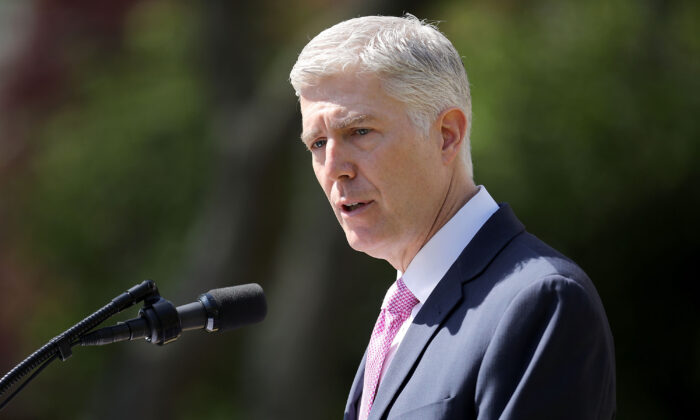 Supreme Court Associate Justice Neil Gorsuch delivers remarks after taking the judicial oath during a ceremony in the Rose Garden at the White House in Washington April 10, 2017. (Chip Somodevilla/Getty Images)
US News

Supreme Court Justice Neil Gorsuch has issued a sharp critique of the growing practice of federal judges ruling beyond the scope of a particular case, in some court orders known as nationwide injunctions.

On Jan. 27, the top court voted 5–4 to lift a pair of nationwide injunctions that blocked the Trump administration from enforcing its “public charge” rule that restricted new immigrants from receiving green cards if the individual is deemed likely to become primarily dependent on the government for assistance such as food stamps or Medicaid.

As part of the order, Gorsuch provided a concurring opinion urging that the court at some point needs to “confront” the “real problem” of nationwide injunctions. Justice Clarence Thomas, who previously issued his own rebuke of the practice in the 2018 travel ban case, joined in that opinion.

“Today, the Court (rightly) grants a stay, allowing the government to pursue (for now) its policy everywhere save Illinois. But, in light of all that’s come before, it would be delusional to think that one stay today suffices to remedy the problem,” Gorsuch wrote (pdf).

He stated that the real problem is the increasingly common practice of federal court judges ordering injunctions of “nationwide,” “universal,” or “cosmic” scope, adding that such orders raise “serious questions about the scope of courts’ equitable powers under Article III” of the Constitution.

The Trump administration has repeatedly expressed concern about the unprecedented use of court orders by unelected federal judges to impose their own policy preferences across the nation. Scholars haven’t found an example of judges issuing nationwide injunctions in the first 175 years of the Republic, according to former Attorney General Jeff Sessions. Yet, in recent years, the practice has become increasingly common, Sessions said in 2018, with President Donald Trump having faced 25 injunctions before he’d completed his first two years in office.

In a 2019 op-ed, Attorney General William Barr wrote that by September 2019, the Trump administration had faced nearly 40 nationwide injunctions since taking office. Many of those injunctions targeted the administration’s immigration policies.

Remedies issued by a court are traditionally meant to redress injuries sustained by a particular plaintiff in the case before the court. When the court goes beyond that and issues orders affecting parties not privy to the case, “it is difficult to see how the court is still acting within its judicial role of resolving cases and controversies,” Gorsuch wrote.

In the case at hand, five district courts issued numerous injunctions that blocked the federal government from implementing its “public charge” rule. The Southern District of New York issued two nationwide injunctions blocking the enforcement of the rule. Similarly, the Northern District of California ordered the administration to not enforce its rule in California, Oregon, Maine, Pennsylvania, and the District of Columbia.

In the Eastern District of Washington, a judge entered an order that stopped the government from enforcing the rule across the country. In the District of Maryland, a judge issued another nationwide injunction against the rule. Meanwhile, a judge in the Northern District of Illinois issued his own injunction but limited its scope to the state.

The injunctions in California and Washington were lifted by the 9th Circuit, while the 4th Circuit lifted the injunction in Maryland. The 2nd Circuit refused to lift the two New York injunctions, prompting the Trump administration to file an emergency request earlier in the year to the Supreme Court to lift the blocks.

Gorsuch wrote that although the government had some interim wins, “we now have an injunction to rule them all,” referring to the injunctions issued by the New York federal judge.

“The Second Circuit declined to stay this particular universal injunction, and so now, after so many trips up and down and around the judicial map, the government brings its well-rehearsed arguments here,” he wrote.

Gorsuch isn’t the first Supreme Court justice to criticize nationwide injunctions. Justice Thomas issued his own concurring opinion (pdf) in the landmark case, Trump v. Hawaii, which upheld Trump’s Presidential Proclamation 9645. The decision allowed the administration to enforce the refusal of entry into the United States of travelers from multiple “high-risk” Islamic countries.

“If their popularity continues,” he wrote, “this Court must address their legality.”