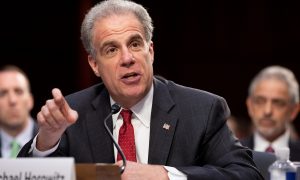 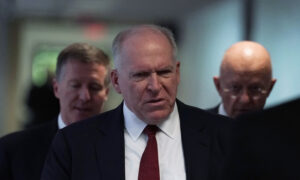 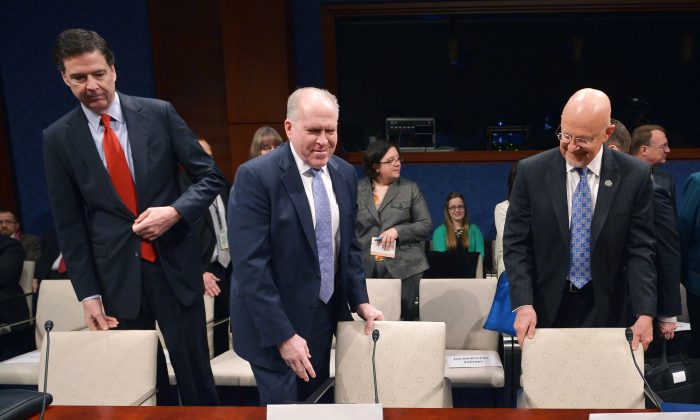 The Justice Department’s internal review of spying on the Trump campaign has evolved into a criminal investigation, according to anonymous sources who spoke to the Associated Press and The New York Times.

Attorney General William Barr assigned U.S. Attorney John Durham on May 13 to review the origins of the Obama administration’s counterintelligence investigation of the Trump campaign.

The designation as a formal criminal investigation gives Durham’s team the ability to issue subpoenas, impanel a grand jury, compel witnesses to give testimony and bring federal criminal charges.

It is unclear what potential crimes are being investigated and when the inquiry turned into a criminal one.

Top Obama-administration officials were involved in several forms of spying on the Trump campaign, including the use of a maximally intrusive Foreign Intelligence Surveillance Act warrant of Trump-campaign associate Carter Page. The government also deployed at least two spies and used intelligence collected by overseas sources.

The FBI’s counterintelligence investigation of the Trump campaign began in late July of 2016 and eventually evolved into Robert Mueller’s special counsel probe. Peter Strzok, the agent who led the FBI probe, sent messages expressing animus against Trump, spoke of stopping Trump from becoming president, mentioned an insurance policy in case Trump was elected, and mentioned impeachment shortly after joining the Mueller team.

Mueller concluded the Russia investigation earlier this year, finding insufficient evidence to establish that anyone colluded with Russia to influence the 2016 election.

Durham’s inquiry spans across several countries, including the United Kingdom, Italy, and Australia. The official rationale for opening the investigation of the Trump campaign, codenamed Crossfire Hurricane, involved people and events in all three countries.

John Brennan, the CIA Director at the time of the Crossfire Hurricane probe, confirmed early this month that he was to be interviewed by Durham. Brennan told lawmakers in 2017 that intelligence he received from overseas sources was used to start Crossfire Hurricane.

The Justice Department has said Trump recently made several calls at Barr’s request to foreign leaders, including Australian Prime Minister Scott Morrison, to help the attorney general with the Durham investigation.

Barr also traveled with Durham to Italy in August and September, and the two met with Italian intelligence officials to seek information about the activities of FBI agents assigned there, Italian Premier Giuseppe Conte said on Oct. 23.

The Justice Department recently obtained two cellphones formally owned by Joseph Mifsud, the Maltese professor who played a crucial role in the events which led to the Russia investigation.

Mifsud’s lawyer, Stephan Roh, confirmed to The Epoch Times that the DOJ obtained the cellphones. Roh said that Mifsud used the phones to communicate with “at least one person in the U.S.”  He would not say who handed the phones over to the DOJ

Mifsud met with Trump-campaign associate George Papadopoulos at the Link Campus University in Rome. Mifsud later told Papadopoulos that Russia had “dirt” on Hillary Clinton. The FBI formally opened the Crossfire Hurricane investigation based on a tip that Papadopoulos had relayed the rumor to an Australian diplomat.

The existence of the phones was revealed in a court motion as part of the lawsuit against former National Security Advisor Michael Flynn. The first indictment in the Mueller investigation targeted Flynn.

News that Durham’s investigation is a criminal one surfaced as the Department of Justice Office of Inspector General (OIG) is in the final stages of preparing the release of a reportedly voluminous report into the FISA warrant on Carter Page. Some of the potential crimes Durham is investigating may have been referred by the OIG’s investigators, who do not have the power to file criminal charges.

This article has been updated to reflect that while the DOJ obtained Misfud’s cell phones it remains unclear from whom.